The Orb vs. David Letterman 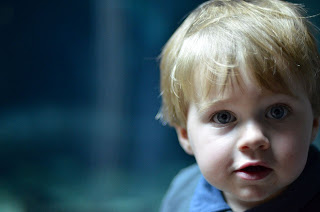 Not much time to write today. I rush into the city to work all day, then tonight: The Orb.

There is much to say about the band but not enough time to do so today. They're the best at what they do, almost a Grateful Dead of electronic music, at least insomuch as they have carved out a niche for themselves, one which they occupy alone. I am a devoted fan. I don't mean that I write them lengthy letters telling them which camp I went to for the summer, or how my mother and I don't really get along, and that I awaken some nights with a confusing moistness between my legs that also excites me and I want them to know about it, but I do have all of their albums, all the re-releases, all the bootlegs, all the vinyl. All of it.

I have their pictures on my bedroom wall. My father simply hates it. Paul's not my favorite.

It is very rare that I'm not in the mood to listen to their music, and once started it's difficult to get me to stop. The video I posted the other day is one of their remixes. I once interviewed the "founder" of the band, Alex Patterson, for about an hour, thinking that I would convert it into a written piece. This is when I was writing for the .xpander.nl website out of Amsterdam, one now defunct, or sold off to industry. I'm not really sure what happened to it, though at the time it was one of the largest websites dedicated to electronic music in the world. I was their in-house court jester.

The interview was boring. Alex is somebody who has been interviewed many, many times and very likely adopts a certain mind-set when engaged in one. I couldn't seem to get much more than perfunctory answers out of him, though that very well might have been the result of my inexperience. Writing is not talking, and talking is not interviewing. It is a special talent and like all talents must be practiced and developed. I have not taken the time to do so.

I admire a good interviewer though. David Letterman used to have his moments. When I try to talk to people now of what he was like in the 80's they just stare at me, nod and say, "Is that right?"

But it's true! Go look on youtube and see him 30 years ago. He invented a style of speaking that many people use today, but few give him credit for it. The post-modern approach to television, the only sensible approach there is. It was strange and exciting and peppered with awkward spaces. His choice of guests often matched his unique talent. All he had to do was sit there and fluctuate between vague encouragement and bemused silences.  He could do as much with a muted vowel sound response as Bill Murray can do by lifting his eyebrow. Or better, nothing at all.

Here is but one among many:

Who cares that Paul Reubens got caught engaged in self-spanking in a dirty theater. He's the victim there.

Well, neither of those can come close to telling the whole story, one must have lived through it. I used to stay up late just to watch. It was part of my coming-of-age process. Letterman was a late-night god and for years felt like a secret. I separated the world into those who also understood his quirky interview tactics and humor and those who weren't worth talking to. It's hard to believe now. He's as safe as an old toaster.

Search out his interviews with Madonna. They are priceless.

Ok, I must run. There is a marathon leading over the bridge and into the city, and I the predicted champion.