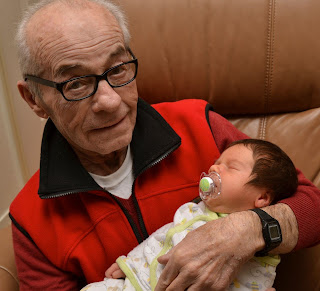 I don't know what I've done. I can't use Google Chrome with Google Blogger any more. That must have been me, right? I think it might be only from this computer. I don't know. Certainly they would not have broken such a fine product, for two days now? That is not how the world works. I'm using Safari again.

Well, yesterday proves it. Even when given the time to write something I am too tired. I just hitch up an old subject to the mule and drag it along for a few. Shameful, and shameless.

A few lines came back to me later in the day yesterday and I giggled at the false equivalencies and other fallacious logic. But, tough times call for tough measures, and we're on the verge of very tough times.

I try not to write much about what I do for a living but it is nearly all that is on my mind lately. I have begun taking online courses in javascript. I have become hungry to learn again.

No, nobody wants to hear about work.

Hold on, I'll get some coffee and see if there are any reptiles left lurking in the darkness.

Ah, I did chat with my brother for some time yesterday. It was quite an experience, listening. We don't speak often, when we do, not for very long. We talked for almost an hour as I drove home from work. It was oddly refreshing. I have tried to become more aware of others, more sensitive. I have been too wrapped up in myself, which makes me less capable of caring. It is an easy trap to fall into, the self, in tough times.

We are not the closest of brothers, we never have been. He told me things that fascinated me about his life. Things I had only partly guessed at. We did not speak much of childhood but the years after, the distant years. I suppose I am not at liberty to relay his experiences but it was somehow comforting to hear that he has, after many years, come to terms with himself. Self is the struggle for many.... others always want to help.  They need to.

He described to me a near complete retreat from others.

There was an unfair amount of one-way violence between my brother and myself, occurring in that order, when we were kids. I am still angry, sometimes, when I think too much about it. It was not abuse, I do not believe, though others have made me question that idea when I take the time to describe it in detail. But that is how others' experiences often seem; people are quick to judge, particularly when it comes to childhood experience. Nothing is too good, nothing is good enough. My childhood was not all bad. It seemed normal to me and I thought that all younger brothers suffered likewise, or much worse. I knew of some. I even encouraged it, at times, the fighting. But, it fucked me up. I can see it in the eyes of others now.

Nobody wants to be from a dysfunctional family. Different people handle it in different ways. Families fuck you up, if you're not careful, and sometimes even more so when you are. I was a runaway, sort of. I just stopped caring, sort of. Now I wonder what was so terrible that I had to get away, sort of. It seems to have evaporated, even the need to escape. I adopted other families, and also others wandering like me in the intellibeam darkness. I embraced a place that believed itself to be a family, and felt healed there. In ways I was, in ways they were. Now, I look back at those years spent night-clubbing, through the fresh eyes of fatherhood, and I question what so many were doing there for so long also. It was not only the music that we were there for, though certainly that must have been a part of it.

Though no part can complete the whole.