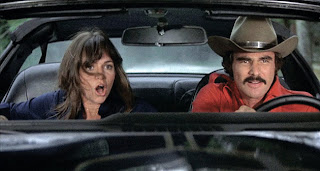 Well, baby Tylenol - as evil as we are to understand that it is - works. The child sleeps. Acetaminophen kills more people than any other over the counter drug, we're told. 150 people a year. I suppose they do not include nicotine in their assessment of such things. It is not a "drug." It is a product.

I don't know... it seems worth it, to me. I do not believe that I have ever come close to overdosing on Tylenol, nor have I been at a party where anybody lapsed into sudden-headache-catastrophe. Nobody flinches at a number so low any more. The internet has made 100 the new 1.

Accidental overdoses, we're told. This is the age of Social Media. If it were 150,000 since 9/11, well, that would be different. That is a post-worthy number. In a number like that there lurks a youtube conspiracy.

Won't it be nice when the NSA can step in and prevent a few of those?

What am I doing? Rachel might still read this site.

'This American Life'  - everybody tells me to check it out. It's where clever people derive their chat. A guy I work with - I almost called him "my boss" - recommends it.

Bruce Springsteen is The Boss.  Everybody else is just tired, and fired.

"The devil appeared like Jesus through the steam in the street."

I don't know what to write about any more. I've told all of my stories. I've devolved into shock radio tactics. Pussy, etc.

Wait. I was shot at once, with a handgun, in Florida. I'm surprised I never mentioned that when I was espousing my wisdom on gun violence and George Zimmerman. Maybe I did.

I don't have time to tell that story today but maybe tomorrow morning, though Friday mornings are often hectic for me. I am eager to get the day moving to build up speed into a weekend in which I insist on relaxing. We are subtlety reminded that we are both replaceable and yet also a valued member of the team. It is odd, and yet demonstrably true.

I don't know why I keep mentioning Erich Fromm here, but... he discusses a mother's love in comparison to a father's; conditional and unconditional. It's what prepares us for the workplace. We are coddled yet reminded to perform, accepted into something much larger than just us, but shown that others can be preferred over us if we do not produce the kind of results that make dad happy.

It is strange. I'm not sure what an acceptable alternative might be. It seems a human reaction to human conditions.

People who rebel, often, are not rewarded. Your rebellion must always be for the purpose of improvement. It must never be too specific, and most importantly, not very often. Never rebel against the stated rebels.

That's what happened in Beirut. A civil war does not need another civil war.

What the fuck am I talking about...?

Well, I could explain, but I'll be out of time soon. The gym calls, again.

All I ate for dinner last night was meatballs, about 25 of them. Not even on a plate. Just right off of the oven tray, standing in the kitchen in my underwear. I would be rather embarrassed if a video emerged from the experience. A hidden camera on the stove and me just asserting my dominance over the hot, helpless spheres. Particularly in the timing, the way that I would retreat and return, just a hand sneaking back into frame and abducting them one at a time, as if I was somehow doing myself a favor by spacing out my gluttony into discrete ingestion periods.

Just got back from the gym. Meatballs or not I've lost 15 pounds. A few of them might have made their way out to my extremities where there is less gravity. But I'll find them, and then consume them in a different way.

The second highest grossing movie of 1977 was Smokey and the Bandit.