Well, I was able to fix my computer. I'm back on Google's Chrome, the web browser of all power-internet aficionados. Also, my computer is about three times as fast as it was before. It just needed an Autumn cleaning. Thousands of cached files got thrown out - preferences, and old keychains as well. All of it. I'll be cursing myself sometime very soon, when I reach a little-used site or app and can't remember my password or username. But oh well, what can one do in these abracadabra times...?

I received a private email about my gun post from a friend, letting me know that she is a gun owner and she harbors no fantasies as I described. She claims to have no desire to kill or harm anyone, and I believe her. I could have spent more space in that post clarifying that I do not think that everybody who owns a gun has perverted kill fantasies. But why? Where's the fun in that?

When I start writing for Slate I'll try to be more balanced. These are topsy-turvy times and they call for hocus-pocus claims.

I am pro-gun ownership. I've said it many times, but perhaps it is worth repeating here. There is no easy path back for America in this regard and I'm not sure I would embrace one. A post-apocalypse America just wouldn't be the same without assault weapons.

I'll try not to be as weepy as yesterday's post. It's not something that I talk about often, my family and my childhood. So, that makes it worthwhile, I hope. Guns, well, I can hopefully leave them alone for a while, etc.

So, what's good for today:

I raped a priest when I was a teenager; myself and several other kids. You should have heard him crying and begging, blubbering through the tears, offering wine and promises.

Don't worry, we were just using him to get to god.

It is an interesting phenomenon. To even mildly suggest that you experienced any difficulties in childhood automatically brings out the proverbial victim-couch, the old one from Oprah. It's as if a person in America today is not real, not actually authentic, unless they have been abused somehow, and then publicly acknowledged or admitted to this. They seek validation through public admission of said abuse, and will often compound the issue of validity by manufacturing imaginary abuses. Nobody wants to feel left out. Then, if it is fabricated, at the very least they have constructed a framework of internal guilt to contend with, from which they can also claim pain and victimhood. One need only to feel victimized. Little matter that the sadist is lurking somewhere within the masochist, performing their evil bidding, doing their daring dance.

The world is populated by the phony among us, says Holden.

In high school I clearly remember the first girl who openly discussed her eating disorder, at least to me. We were sitting at the McDonald's near the Interstate on Hwy. 436 in Altamonte Springs. How bold and courageous, the other girls there must have thought. Because one by one they all developed mild disorders, some of them perhaps genuine, or genuine enough.

Do not get me wrong. I am not taking eating disorders lightly. They can be very serious, that much is quite proven. These girls were not that sort, though. They were mostly simpering for dark attention; observation that need not be coquettishly begged. The boys among us were in the 14-16 year old range and we took everything they said and did quite seriously, with all the power-focus we had. There is no requirement, no signal to be given, nor expression needing to be noticed, faint enough sent by a girl at age that it will not be heard by every boy for miles. It is a county-wide cry.

Almost every boy. Young girls do not strike the heart and fancy of all.

Perhaps one of the tiredest claims I've heard is that eating disorders are a product of the fashion industry and the unrealistic expectations that that industry places on women, for men. It may be a contributor, and there are some "male" factors to consider there, though not exclusively heterosexual ones. The claim assumes that fashion magazines are actually made for heterosexual men. What could be more absurd.

A long neglected attribute of the feminist discourse is the submerged hatred that some homosexuals have for women, though this has been addressed more recently and more adequately. I forget the writer's name. I tried to search but could not find her.

The feminist claim that they have suffered at historical maleness, - setting aside homosexuals in this allegation - has long and wrongly assumed that all gay males are and always have been on "their side" because they may have suffered likewise. One need only think of other civil liberties causes and groups that have also assumed solidarity to see the error and disaster in such thinking. Though the issue goes much deeper than just a cause, or a group. Those least capable of addressing their own impulse to subject others are those that believe themselves to be the greatest victims, and capable of the most insidious damage. Trust plays a huge part in this ongoing dynamic.

Something to think about.

I have been told by both women and gay men that I have no right to assume, or even talk, in this regard, that such a thing is not even possible. Those are warning words and should always be noted. Such a thing is quite possible. When somebody tells you that you are not qualified to think or speak upon a subject because of your gender or sexual orientation then it is important to notice what domain they are claiming dominion over, because it is you.

Anywhere from 10-25% of all eating disorders are experienced by men, though many go unnoticed and unreported, similar to male rape. I mean men being raped by men, etc. The obsessiveness of gym culture is not just about mass, and bulking up. There is much more to that story. Body dysmorphia can take several forms. Any attempt to improve what is perceived as a less than perfect body can be seen as an unhealthy acknowledgement of imperfection. We can collectively laugh at these "meatheads" because it is a way of denying what can be sensed there, a sadness and possibly even a sickness. To deny their humanity is the first warning sign that should alert the self to what is happening. A yellow flag should arise in the mind at such a thing.

After my gun post I suppose I should qualify: I do not believe that every weightlifter suffers from an eating disorder, nor are all of them sad. Though they are often guilt-ridden, particularly after a "rage."

So, that is my wisdom for today, be gentle with it.

Be careful who you let do your thinking for you.

When in doubt, you could always trust in me. 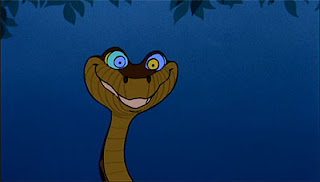