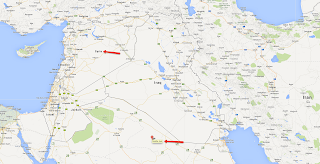 The pain has returned. I had slowed on doing precisely as the doctor told me. The malady struck back, quite specifically.

I have a conservative-minded friend that claims that conservatives are not racists, and that he resents the constant accusations. Can that be true? I found this interesting study, for those who care to read more about the subject. Now, that study was done in 1996, things surely must have changed some since then, for the better. Those were practically the dark ages with ol' Clinton in the White House.

We are reminded often that blacks have only themselves to blame for the position that they're currently in: I mean, shit... the tables have turned so much now that it actually favors them, when a talented white guy can't even get a job any more. It's just not right. We've put all of that organizational hatred behind us, as a people.

Well, we had, until Barack decided to speak out on a few matters racial. Those old hostile feelings sure did bubble back up quickly, for some. It was almost as if we had forgotten that angry whites are the ones who have suffered the most.

I am always amused when I hear a middle-class white man pull the race-victim card. It's really something. I have seen many claim online that Barack is the most divisive president we've ever had because he had the temerity to speak about his experiences as a black man growing up in America. There were even some that began to question his blackness, again. Because who more to trust on matters of racial pedigree than dissatisfied whites, those who like to remind everyone that the president "works for them"...

Some have asked for my opinions on Syria. Well, here goes... Wouldn't Ron Paul have made a better president? I mean, except for how Obama has healed the nation's racial issues.

It has reached a point in which we will use any flimsy excuse whatsoever to invade another nation, particularly if they are in any way hostile to our foreign policy.

I mean, sure, who could possibly question the deeply humanitarian nature of our mission. Those facts are well established. We need another Colin Powell, someone willing to go in front of the U.N. and argue this case visually. Seems like John McCain is ponying up to the task. Who hasn't already thrown him under the bus?

Putin has said that Russia could support a strike on Syria, with proof that Assad used chemical warfare against his own people. He cautiously has reminded that an attack on a sovereign nation without U.N. backing would violate international law. These are Reagan times, not Carter.

Remember, Dick Cheney did warn us that if we vote a democrat into the White House that the terrorists would strike again. How self-satisfied he must feel now, though he must be slightly disappointed about the city that was attacked. He's waited so long... on somebody else's used ticker. It must confuse and anger the right a little bit to have a democrat preparing to bash up other countries and rattling the national sabers. Black is one thing, democrat another. Though who can even really buy the left-right dichotomy on foreign policy issues any more.

Let the lamp affix its beam...

Back to Syria: Does anybody believe that our interest there is anything other than self-motivated? We're told that to not invade Syria would send the wrong message to Iran, in terms of their nuclear program. So, we're back to the good old days of deterrence invasion. If we don't stop Syria then Iranian theocracy could spread through all of the middle east, on the tip of a warhead. Sound familiar?

Interesting that we're attacking Syria to stop Iran. With Israel on one side and Iraq on the other we had those fuckers surrounded. Perhaps it's just cheaper to strike while the iron's still faintly hot.