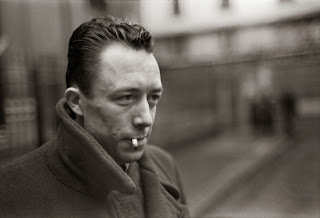 This still gets me every time. There are so many good cover versions of that song, but that one really makes me feel okay. The sadness of it somehow becomes something else. Whimsy in a middle-aged man is often just foolishness. Here, it is what it is meant to be, a skylarking.

I was looking through old posts and emails, trying to place something in time.

Time, I have a terrible sense if its passing, always have. I found my version of 50 shades. I had linked together a few vignettes the handful of posts before that, hoping to teach myself how to tell a story. It is more difficult than it seems, the telling of stories. We can tell ourselves all manner of things within our minds, but they are mostly fragments, sentences if lucky. In the darkness, the mind has only itself as a companion.

You had better hope that you're saying nice things to yourself in there.

A story is more than just a detached thought floating in the mist, though once ingested stories can sometimes become just that. A phrase or a fragment can evoke whole places, complete memories of emotions.

I should know: I am reading Alice Munro right now. She is an enviable raconteuse. There is a richness and complexity to her writing that is maddening. It is magic on the page.

Saul Bellow is the closest that Canada has come to claiming the Nobel Prize for Literature. Though he was only Canadian by birth, he was educated and lived in America, and became an American.

The Nobel Committee no longer seriously considers American writers for the award. They are considered too insular and self-involved. They do not speak to the world, we're told. Toni Morrison was the last to win, in 1993. The last before her, born in America, was John Steinbeck in 1962.

They loved us for a little while.

Proust, Joyce and Nabokov never won, either. Down go France, Ireland and Russia.... Never quite famous for literature anyway.

Alice Munro seems at least as deserving as Mario Vargas Llosa, José Saramago, Doris Lessing or Harold Pinter (The only ones that I have read from the last decade or so).  But, alas, there are many writers with talent, and I read only in English, or translation. English is insular and self-involved. Hungarian is the new global voice.

I have been meaning to read J.M. Coetzee and V.S. Naipaul but there is only so much time to waste in a life.

I have a Philip Roth book on the shelf, The Counterlife. Don DeLillo and Salman Rushdie are considered notable by many. With Rushdie, I've skipped his "important" works, for now. DeLillo: I've only read White Noise.

Joyce Carol Oates!, claim some. I've only ever read one novel by her that I cared for, You Must Remember This, and then a collection of stores, I forget the name.

The key to winning is living long. Camus tricked them, snuck in under the wire (pictured above). Rudyard Kipling had many, many years left. He needn't have won it so soon.

Some claim that the writer must do more than just live long, they must also write much, and well. There seem to be a handful of tricksters in the bunch, but that should be no surprise, just look at the Peace Prize.

"It is necessary to fall in love... If only to provide an alibi for the random despair you're going to feel anyway." - Camus

I've named 19 writers now in my Sunday report, more than any other student in the class!