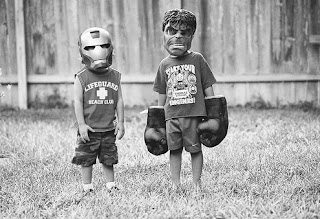 Somebody's been on this site again, reading all day yesterday without asking, or thanking. My pageviews jumped by about 150. They appeared to be all in single pages. Well, it was a rainy day here in Sonoma, so that explains it. When it rains here, it rains everywhere. That's easier for me to understand. With weather, I am like a dog looking out a window with an erection, scratching a flea.

Fuck, I jogged to the gym yesterday, and then the only way I had home was the same. Never again.... My whole body is bruised from it. No wonder they don't want 45 yr. olds going off to war. I used to think that I would sign up for the military just to go through basic training, but then craft an incident that would get me roundly kicked out when it was done; just to get in shape, to see if I could do it, and for the raw experience of it all.

Of course, I never did. I would have already mentioned here that I had been in the military, etc.

I saw Top Gun and it scared me witless. The volleyball scene where they all make sweet, gay, beach love together.

I went in and took the ASVAB when I was about 19. The recruiter told me that I could be an officer, that the Navy would pay for my college, a free ride. I don't know why I didn't do it. Everyone else in my family had been in the military, or was at the time. He said I could choose any field. I had Aced the test, he reported, champ... I admitted to having done all sorts of drugs to him, a perverse confession that pleased only me. He lowered his voice and told me hush-hush, nobody has to know about that. They don't even drug test unless they suspect, and that's not until much later, during basic training. It'll be our little secret. What a creep. They bugged me for years about joining but then finally gave up.

I kept telling them that the Air Force was making better offers, and had they ever even seen Top Gun?

I liked knowing that it was there, if I needed it. The Service. I wonder if it's too late to reach back out... I have the requisite discipline now. I swear.

My life is quite regimented but nobody seems to notice, or perhaps believe, or care. My life, in its humble beginnings, had been chaotic on so many levels, for so long, that nobody noticed the slow transition that occurred. I gainfully entered the work-force, I got married, I had a child, I bought a house, I write daily, I exercise almost daily, I drink very daily...  All things that seem nearly unbelievable when considered together.

Nope, some still think of me as a too-loose canon. It is the most convenient assessment for them, the easiest to make. It perplexes me, particularly when I look at other people's lives, and how fragmented those lives can seem - held closely together by ever-tightening and knotted neuroses, an inner-emotional core of chaos, a denial of the full range of life rather than a surrendering to it. A lifelong resistance to a deeply known thing: the dark entity of self.

The nucleus that can not be named.

I suppose it is the wide emotional arc I represent, the fluctuations. The unpredictable energy and then the gloom. They're not for everybody. People seem to prefer deeply ingrained problems that they can resist over time and maintain in perpetuity, rather than the radial frequency of my emotional energy. Some people gladly choose denial over disaster. It's why counseling feels as if it's working for them, the abiding sense of gentle unraveling, the slow assuaging of self. The coddling warmth of another's concern.

Not me. I am a dozing Fukushima. Even therapists implore me to "please, get some help...."

When I start to feel out of control I burn myself. It reduces everything down to that single moment of pain. Where things disappear and all that I can see or feel is that white hot flashing spot of simplicity. It immediately transports what's left of me elsewhere. The mind constricts and then opens to a brand new familiar place, the boundaries between pain and pleasure drift as tattered fabric in the winds. Everything goes away. And I'm the only one who gets to decide whether I'm going to do it again or not.

"All the knives seem to lacerate your brain, I've had my share, I'll help you with the pain..."

Well, I just spent an hour writing a portion that I've removed. Too much faux-confession for a Monday morning.

Then, I shifted over to Facebook where I wasted another 20 minutes.

Now, the morning is escaping me.

It is slipping away as the pain from the scar.