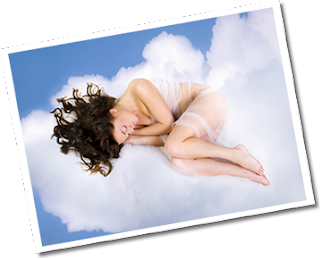 I've decided that I'm going to boycott the gym in its last few weeks, to show my disapproval of its closing in September. That should teach them a lesson.

If I can not exercise then I will be forced to diet. I have reached the breaking age, in which all things are a perpetual, losing negotiation. Just since yesterday my breasts have softened nicely. I prefer them that way.

Who knows, perhaps I will revert to my prison-dumbbell workout. It is a bit of circuit training that I used to inflict upon myself in my apartment in NYC. I was never in better shape, though I was dieting like an obsessive. My friends worried but I was healthier than any of them, even with all of the lost weight and lollipop head. I was making sure to ingest the necessary daily nutrients. I dropped to 169 pounds, the lightest I had been since high school.

Then, my father had a heart attack, right in the middle of a two week cleansing fast that I was doing. It was designed to purge my gallbladder of stones.

I haven't been able to drink apple-cider vinegar since. I was ingesting several glasses full of it each day at one point, along with medicinal abdomen heat-wraps and generous glasses of lemon juice. It was the master work of a health guru who had a storefront on our street in the East Village, a longevity shop. It seemed to work for me, though the inventor of the cleanse/diet was a kook. He was a self-proclaimed breatharian. It is a form of raw-food diet that removes the pesky food portion involved. People would come from miles away - sometimes the famous, or the sick - to sit in a circle around him and hear him gently dispense his wisdom, which was an extreme form of diet, one that included nothing at all. Even a close friend's father directed me to visit him, claiming that he had healed him of cancer.

He insists upon being called "Dr." though there are conflicting reports as to what precisely he earned his degree in, some claim physiology, some claim nutrition. There was no degree, nor copy, hanging from the wall of his shop. None that I ever saw. I never asked. I didn't want him to believe that I was that interested in his life or thought, or in that way. I merely wanted to extract some weirdness from him. It seemed easy enough, free for the taking. Just briefly overhearing him chat with people on the street as I passed was enough on a day-to-day basis. A font of uncommon sagacity.

I only half kid here, the guy was well informed and clearly knew much about nutrition. It was where his knowledge ended that the spirit-silliness seemed to really take flight and flourish. I believe that he truly wanted to believe the things that he said. There was an intensity to his faith that was off-putting. His need to share seemed consumed with his need to believe.

Also, I found him to be just less than spiritual but that is perhaps because we shared a drug dealer and I got to know him additionally on a less-than-spiritual plane. The dealer, a local loser by the name of "Benny," a sort of walking gallbladder himself, the small sac that collects and dispenses liver bile, was to our street what food was to the good doctor: poisonous, etc.

Our fearless spirit-guide, the esteemed "Dr. of 12th St.," was a sort of poor man's Baba Ram Dass, I guess.

I mentioned the book "Be Here Now" the other day, and in doing some light internet research afterwards discovered that Ram Dass is/was Jewish and currently is bi-sexual, not that a person's religious heritage or sexual orientation matter at all, I only found it worth consideration. People who choose "the spiritual path" in life often have interesting backstories, especially when fictionalized. I mean that, truly. There is no snark or irony there. The transformation involved in becoming a "person of holy, holy" always includes an unshackling of some sort, a shedding off and even denying of the past, oftentimes at great personal cost and effort.

Whether spiritual in nature or not, I think many admire the strength to do such a thing; the power to transform, to re-invent the self, to be birthed in a newly found truth, to experience a personal revelation. This is particularly true when something went wrong in the first incarnation of self.

Just start over is the message. This simple truth need not be spiritual in either content or tone.

I also found the Doc of 12th interesting, even though I didn't care much for his pseudo-philosophy and nutritional soft science. There is no question that he was a local oddball. To distinguish yourself as such in the East Village is a minor accomplishment. He claimed to survive exclusively from drinking his own urine and extracting minerals from oxygen and sunlight, free prana for all. If it's good enough for lichens, then why not me?

His child was taken away by the state when the boy broke his ankle and "The Dr." attempted to fix it with a chop-stick tourniquet and moonflowers.

There were local rumors that he had cheated on his girlfriend, the one who brought her family's money to the relationship. So, his store closed shortly after and became one of the uglier abandoned storefronts in the neighborhood. It may have been funded by her strong sense of belief in him. Finances often follow faith. That must have all collapsed after she had the religious vision of him entering other women while she tried to sleep.

So went the local story, anyway.

But who can deprive a extramundane leader of a few intimate physical relations with his flock. Truly? A great man's capacity to love is only increased in this way - doubled at first, then tripled, and so on and so on, etc. A spiritual man has an abiding obligation to spread love, and the safest home for a spiritual man's love is buried deep in mother earth, where it might grow.

There are amino acids, enzymes, and even a dash of fructose found in the sustaining seminal fluids of life. How else were these women expected to survive, particularly in the evenings when the sun was hiding. They had been deprived of precious sustenance. This goes well beyond just responsible farming techniques, you see. This is a direct return of life-energy to where it will do the most good, the completion of the circle of life, arriving warmly in the belly of the earth goddess, or two.