"It never got weird enough for me."* 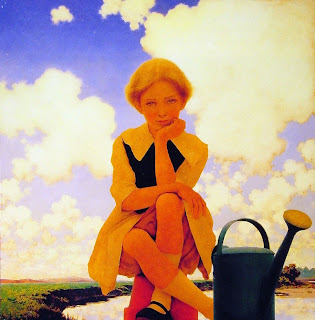 I go in to Sausalito today. There is an educational opportunity, a team-building experience; Apps framework, then kayaking in the bay. People think I'm kidding when I tell them how "into" my job I am right now, but it's all true. I am learning in a way that I have not in many years previous.

Normally, I read whatever I want to read, stop where I want to stop, take as long as I want to finish. It is nice, the way life should be, without rigid structure. But at work I am surrounded by those who have studied specific things formally. They know what they're talking about, and they know when someone doesn't. I want to be more like them, but there is much to catch up on, much to know, much that changes. It requires constant effort, something that I have taken some pride in not having much of. I made a character for myself, the shell fit and then hardened. Sometimes I still get a whiff of rubber cement near the creases, cracks.

It was wrong, but one's options are diminished when dedicated to consuming.

Almost everything I told myself through my 20's and 30's was all just a string of fucked up nonsense. I don't even have much of a frame of reference any longer to determine how fucked up it all was, but I'm sure it was. I was able to convince myself, and sometimes others, of the most egregious absurdities and improprieties.

It was fun, and wrong; many things are.

When people discuss how they might have done things differently "if they could just go back" I always think so also, but usually in the opposing direction, further into experimental error. I would have pushed those same limits, though in the less corrective direction, made more mountainous mistakes from which to survey the damage.

I only might have made more brief the time period for it all. I would have treated life more like the grand experiment, but with shorter chapters. I normalized only so that I could keep living that way. I settled down into moderate use, convincing myself that was preferable. I was wrong.

An old friend sent this quote many years ago. I do not know the source, do not need to:

"But the addict is ultimately a bore; too immersed in himself, too tiring to be with, too reliant on the delusion and compliance of others around them. Most great art comes from a singular and obsessive attention to things, it is borne of an urgent desire. Yet great art also opens out from that point."

Proust points out that sexual jealousy and the artistic impulse are also the same at the moment of occurrence. It is where they lead that marks the difference. One transmutes into art the other spirals downward into obsession.

Try telling somebody that they enjoy the feelings of jealousy, watch what happens to them. Then watch them when they are experiencing it. Few things will help you understand the nature of addiction more, few as dangerous to witness.