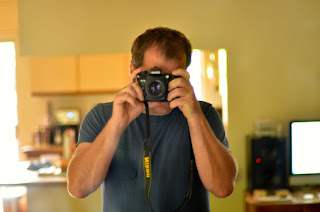 "I doubt sometimes whether a quiet and unagitated life would have suited me - yet I sometimes long for it." -Byron

People who live in NYC dream of living in the country, all of them, even the bums. And some of them do, also.

It is odd, what the mind speaks to itself, the happiness culled from private reverie; informing the sub rosa with the where and what and who and how that would make one happy, if only... Some people are happiest wherever they are not. There is always some other place that they long to be, a place that will finally, once and for all, make them happy. Those people rarely arrive, I've learned. Most of them, anyway.

I dreamed of living in the country. To be more specific, I dreamed of, "living somewhere beautiful," when I was in NYC. I thought that I had lived in the best of all possible cities for more than a decade, had enjoyed much while there. Now, I thought, I would want to live in a place that was naturally beautiful and offered experience that was very different from what I had up until that point.

Well, I got it. Though I have not become quite the "nature boy" that I had hoped. I have spent precisely zero nights camping since I've been here. Rachel, Rhys and I have yet to go to Yosemite, which is only four hours away. The furthest north we've drive from here is perhaps the Russian River Valley, etc.

Sonoma has stopped appearing bizarre to me. That scares me. Where did all the weirdness go? I have to really search for it now. It is under fingernails. It used to materialize everywhere, out of nowhere. How could this place seem so curious (even deeply suspicious) when we first arrived, and why not now? It is not the place that has changed. I know that. But how long am I expected to wait here and not stumble upon something truly bizarre, something I can stare at, something that I must stare at. How long?

Everybody has their limits. What is life - what should it be - if not surreal, extra? Reality does not await, but rather only tedium.

We are told to enjoy the simple things in life. But look carefully at who is saying it, if you can. You should only heed their advice if you would seek to emulate them in some way. I like simple things also, but all simple things are the same.

"In the offing the sea and the sky were welded together without a joint..."
- Joseph Conrad, 'Heart of Darkness'

None of what I've written here today, except for the quotes, was what I intended.