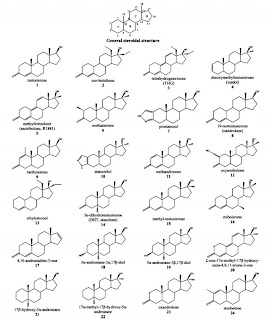 Now there is new pain, in my stomach. I awoke in the middle of the night and there was a deeply uncomfortable hollowness there. I tried to remember what I had done before I went to sleep. I ate some food and a few Tums, maybe 4 of them. They taste good, the green and orange ones. I hate the yellow ones, they are terrible. Is that too many to eat? I've never checked the label to see what the recommended dosages are. I have been told several times, by doctors, that you can pretty much always double the recommended dosages on any medicine, at least for a brief period of time. Sometimes I'll try the same with prescription drugs but the effects are scattered. I haven't kept records, so that wisdom is lost.

In at least one way getting old is like being a pro-athlete: you need a team of doctors just to stay competitive.

I want to get some anabolic steroids, some really good ones. There are the advantages in muscle mass, of course, but there is also the relief from pain. One of my balls is useless anyway. I could shrink the other, so they match. Why should I care?

I don't want to abuse steroids, where entirely new tectonic plates form and shift in my cranium. I just a little recaptured youth. Just a taste. All of these athletes are giving steroids a bad name. Soon they'll be just like morphine, doctors won't want to prescribe them any more.

The punishment for trafficking in illegal steroids is quite stiff. They're always far too excessive with these things. They've created a world where pro athletes are the only ones that can even afford to do them. Like everything else, they keep the really good stuff just out of reach.

The other day a buddy/bartender and myself played chess, at the local pub. It was a fun game. I hadn't played in quite some time. I lost my queen rather early on, but ended up getting his a little later, when things didn't look very good for me. I won, but it went down to the very end, only his king was left. What fun.

Usually I get destroyed in chess. I try to play people that are good at it and have studied the game, have played since childhood, etc. There were a few people there at the pub watching the match with interest. Why is it always that the best chess players, the ones that see furthest into the future, the ones that are the most familiar with various strategies, are also the ones who aren't actually playing. There was this idiotic dolt at the bar that just kept talking about how I, "could have really had him back there..."

Or,"Oh, he almost got you a few moves back...better watch out now."

I wanted to offer to play him, just to see if he was entirely full of shit or not.

If I lost then I could always fly into a miniature 'roid rage, send the board and pieces flying.... leave the pub in a confused fury, go sit in my car and cry. 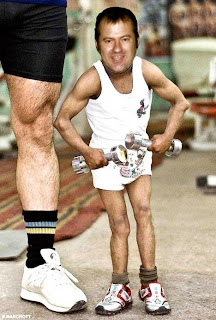