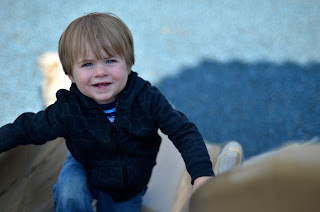 (An attempt to win back my audience)

People from all over the universe, uniformly in all directions, refused to read my post yesterday. Man, do they stay away from the bad news of all creation. I had the lowest readership that I've had in some time.

It's important to remember that even though the suggestions made are very disturbing they are not my fault. I caused none of that. I barely even described it.

In truth, it was written poorly and with quite a few typos. I re-read it this morning trying to determine if I had offended anyone. There must have been a few grammarians out there still.

I published quickly, while at work.

People laugh at me, but I like my job. I don't know what happened. I hate to think that it was having a child. Have I become a smiling moron, a good neighbor, a model employee?

Well, I do smile sometimes without provocation, my neighbors seem to like me, and things are going well at work.

I was chatting with Rachel last night, about the article from The Times. I mentioned that I found it disturbing that matter might disappear forever, that I took some comfort in knowing that the atoms that comprise my body will continue on long after they cease giving me form. She said that she was "very pleased" to hear me saying anything like that, and then launched into a spiel about reincarnation and the cosmic connectedness of twins.

She said that I had some faith in the knowing of a thing, and that was nice.

I proceeded to tell her that is not what I meant. But it was too late. The damage was done.

She'll be asking me to go to church this Sunday. Jesus can fix this. The universe was his dad's idea.

I do like singing the hymns, standing there, watching all of the other people, shaking their hands and reminding them of Christ's love.

I'll nod back, smilingly, "You got that right, brother. Jesus even loves you in a black hole."