The Great Prince of the Forest 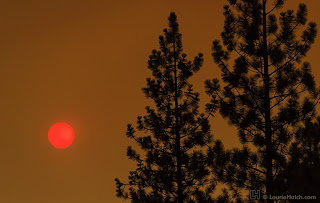 The fire at Yosemite is very bad.

People think I'm kidding when asked what my favorite film is: Bambi. Well, perhaps not my favorite, but when asked which film had the greatest impact on me I usually cite this one. No other film has ever again scared me the way that one did. The fire.

I can watch it now, but back then it was pure horror. Who makes a children's film in which the young animal's mother is shot and killed by hunters. Brutal.

Well, it was released during World War II. Tough times. Buck up, kids.

In my memory it was Bambi and his mother that were caught in the fire, but that is not the case. The father needs to survive to complete the myth of the Fisher King and pass on dominion of the forest in an unbroken line.

That was one wise owl, to warn of twitterpation.