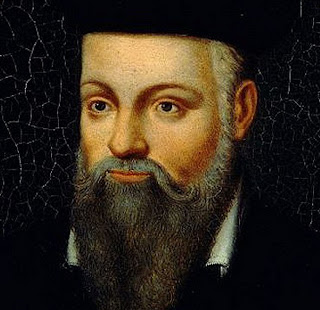 We are perhaps on the cusp of a new one, perhaps already past; into another dark age. The dawning of the era of private information. Not in the way that one might guess, the term "non-private" would work there just as well, or personal and impersonal. Those terms are quickly becoming interchangeable and meaningless, as has the concept of Privacy.

I listened to a radio news show yesterday while in the car. They were discussing the sale of the Washington Post by the Graham family who has held it for 80 years to Jeff Bezos, the founder and CEO of Amazon. They were all quite happy about it.

This would be similar to the Pope having invented the Gutenberg press, with exclusive rights to its use.

For the entire talk-show, nobody even vaguely suggested that the purpose of this purchase is for aggressive individual data mining, and represents the furthering of a significantly malicious trend in online media. They had several "experts" speak.

Let me go back.... perhaps some of you have forgotten the significance of the "dark ages," and why we now call them that. It was a period when the church was the sole distributor of information, a period in which there was very little or no organized dissent, and the open inquiry into knowledge virtually ceased for centuries. The dissemination of religious dogma alone flourished and went virtually unchallenged from either without, or from within, the church. It is a period recognized as one of intellectual and economic regression, or stagnation. The time is often accepted to have begun after the fall of the Western Roman Empire and ended at the birth of The Enlightenment, though its effects continue to linger in the hearts of many. There are those that celebrate this period with festivals meant to simulate the historical life experience. It is too bad there are not more beheadings, etc.

Everything that I just stated is refuted or ignored by some, of course. Religious scholars prefer to call them the Middle Ages and see them as a heyday of spirituality and humanity. There is not much agreement on the period, nor will there be about the one we are entering.

So, back to data mining... what Amazon hopes to accomplish by purchasing this paper for $250 million cash is access to YOU. If not you, then people like you. All of the major distributors of information are doing everything they can to find out as much as they can about you, personally. By doing so they can better tailor information that suits you. They have found that this method causes the greatest sales, in both physical product and information.

It's a no-brainer. Give the people what they want. But know what they want in advance of them wanting it. Create desire from nothing, need from nada.

The end effect of this is that you will hear only two types of news: that which you like and agree with, and that which you like to disagree with. Agitation is an alarmingly effective means of gaining attention and generating sales. Confirmation bias exists either way; it either satisfies the belief or supports the subjective negation, even to the lesser level of merely assuaging, depending on known individual preferences. We all have agitation dials built in, commotion capacitors, rage resistors.

That is but one thing that so many of the conspiracy theorists miss out on, that the news they find on independent sites ("the real truth, man...") is there to provide them with information that they already agree with, and serves the exact same purpose as the mainstream news they would reject and deny. It confirms that which they prefer to believe. If it did not do so then they would quickly lose interest. There is currently an inflationary bubble in the conspiracy market for this very reason.

Try telling them. They will glibly mention your adherence to the "mainstream narrative" as if that alone settles the matter.

(Wow... I just went to grab the link within the wikipedia article on conspiracy theories, one section that used to deal with criticisms of said theories, and how to evaluate belief and disbelief against reason. The section is no longer there. There are still criticisms mixed throughout but apparently they do not warrant their own section any longer. They are diluted here and there throughout the article and given equal footing with much claimed proof and evidence of conspiracy. It's the equivalent of the Intelligent Design argument wanting equal footing in schools with Creationism. "Teach the Conflict!" say some...)

The overall effect is a flattening of information distribution, and not a "democratic" one as many might oddly wish for, but one in which there is little opportunity for information to be regarded against other information, mainly because these distribution conduits will be further apart, more "personal," and will rarely touch. Just watch people argue with articles on Facebook. It will be like that, but even worse.

Intelligence is imperialistic, not democratic. It mainly seeks proof of its own assertions and not just popular, or even individual, acceptance.

There is little difference between having your information tailored to suit your wishes and having your information provided to you from a single distribution point. The effect is similar, if not the same, though it is perhaps even more insidious, resulting in a very seductive ignorance. Without a hierarchy to resist, or to compare, then information becomes increasingly self-produced and self-convincing. It will become a personalized service provided for consumption, nothing more. The practice of open discourse, for the purpose of public debate and persuasion, will be lost, perhaps is lost.

And so goes the lessons of Western culture. Some say "good riddance," perhaps without realizing that same culture privileged them with that idea, also. The open ability to question is a relatively new liberty. Some do not care much for it. That is becoming clear.

Others would say that this is already happening and has been for some time. Post-modernism tells us, or attempts to, that things mean neither what we intended nor believe them to, they mean other things, and always have. Why trust the origin of the thought, or its result. Nothing means anything, or rather, everything means much more than we could ever possibly know. Somehow the reader of great literature becomes more important than the work itself. This partially explains the success of talk-shows. Why read Tolstoy when people admit to getting pregnant in unexpected ways? Isn't that the same, or better?

Many employ this new belief in their daily social lives: I don't know lots of things that matter, but I know other things....

Soon enough, we will all be our own Cardinals and Popes; or worse, roaming Nostradami.