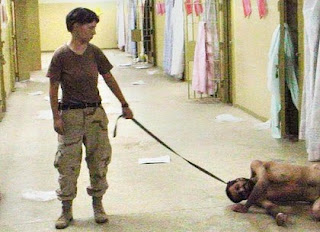 (An image that helps me fall asleep)

Again, then again and again, nada y pues nada y nada y pues nada. Too little sleep. Long periods in the middle of the night when there is none. Rachel questioned me lightly last night as I said that I was going to bed, it was 8pm. One can never be too careful. If there are about 9 or 10 hours of time through the night in which to sleep then I want to be available for as many of them as possible. Why fight it? It has become somewhat predictable that I will not be able to rest for long stretches across the darkness. I awake, and immediately I know, there is no sudden returning. All that I can do is try to bore myself dimward.

It is hell. Anybody that has ever suffered it will tell you. I don't mean someone that was worried about something and couldn't sleep for one night. I mean the other kind, the kind that won't talk to you about it, ever.

I often go downstairs to suffer. There is an extra bedroom. All night last I could hear the dog kicking and scratching on the floor above me. I like the little guy but it is a struggle sometimes not to also hate. It is easy to displace one's suffering onto others, to apply blame where none belongs.

I have a friend whose current claimed misery is a direct result of Barack Obama. He is convinced that everything was fiscally peach up until the moment that B.O. was inaugurated. I am certain that his suffering will only begin to relent once he is out of office, gradually - more so if the new president speaks of returning America back to its core values.

Restoring the Republic, etc. (see above and below)

He likely believes himself to be a whistleblower, my friend. Instead of speaking in prophecy and secrets he speaks in amendments, articles, sections, etc. He hasn't said a single thing in the last two years that was not directly taken from the Constitution. It's hilarious but so few others see the humor in it, I think.

I blame him for my insomnia, my friend. It is humorous. We spoke last night and its effect on me was lasting. When Bush was in office he blamed Congress for all of our financial troubles, they "hold the purse strings," he would often say. Apparently not so with O in office.

He once told me that the first people that need to be apologized to after the Abu Ghraib prison scandal were not the Iraqi people, or even the prisoners that had been subjected to abuse, but instead the current and retired members of the U.S. Military needed a swift apology. I had written a scathing assessment of Bush at the time. That was his response, let's apologize to the military for this awful scandal.

We're approaching the 10 year anniversary. Perhaps some of the stars of that shining event are ready to be apologized to now, like ol' Lynndie above. I'm sure there are those who privately assure her that he that she did absolutely nothing wrong; a neighborhood barbecue where she is patted on the back and reminded of the pride that they all have in her.

And hasn't digital photography really improved with those times... 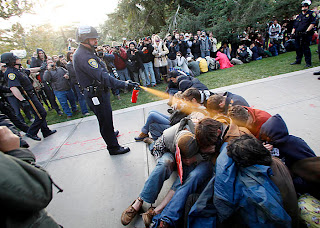