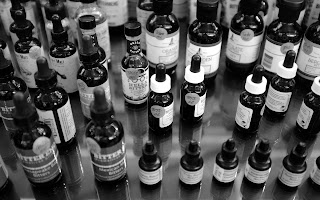 What the fuck. I go months without being able to sleep. I start to make plans, to distribute the free time in the morning amongst the things I choose. Then, without warning, I sleep like a drugged corpse. 10 hours last night. I know that it's dangerous: too much sleep or not enough. I have been warned by professionals. But how is one to live, certainly not with alarms to rule them?

I won't use one. It's not that I won't set one occasionally, when needed, to catch a flight, etc. But they won't be a daily fixture in my life. It is a very small thing, but I refuse to be shocked into waking. I know that it only gives me the illusion of self-possession, but that must also count for something, right?

Now I have no time to write. I will start work in a few minutes. At least I'm not alarmed about it, there is that.

I work in an industry in which I am sometimes able to see technological advancements (or setbacks) that are invisible to most others. I read the sporadic trade article, etc. Since the Snowden / NSA leak the industry is starting to see a growing concern that data not be stored on servers in America. This is silly, of course, as where the data is stored is not nearly as critical as certain companies being willing to just freely hand data over to the government. Server corporations operate on an opposite premise. It is the only way that they stay in business, by safely storing data. But, it is an emerging concern.

That being said, I can understand why some people are reluctant to have their data stored in America any longer. This might sound like a small thing. I assure you that it is not. Where the servers are located and who is willing to store their data on them is critical to everything that matters. The average consumer has no say in any of this, but they could. All possible future vitality is dependent upon the strength of the data industry, which is directly related to server location. The money follows the information. It could even be argued that the information is the new money. In many important ways it actually is. This is not my argument, but is is one way to view the present and future economy.

Ask anybody, if you happen to run into them somewhere.