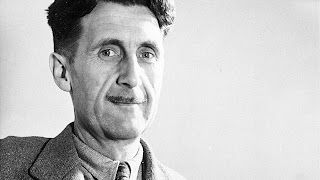 If it could have been called sleep at all last night I awoke from it with the theme to "An Officer and a Gentleman" running though my head. "Up Where We Belong".... Nonsense. Would that be with Joe Cocker and what's her name? A questionable premise indeed.

I had to listen to "Islands in the Stream" by Kenny Rogers and Dolly Parton just to get the other tune out of my head. From there it was a fairly easy leap to The Carpenters. Bad omen, that.

Where the eagles cry...?

I want to write about Edward Snowden but my mind is thick and I'm not sure what I want to say.

I'm afraid to drink a cup of coffee. I might try to go back to sleep for an hour, don't want it interfering with, or adding to, the restless possibilities.

It is really something, though. The President of Bolivia's plane was stopped in Vienna, to be searched. He was denied use of airspace by France, Portugal, Italy and Spain. The idea of a whistleblower must strike fear into the heart of democracies everywhere.

I still have mixed feelings about the entire episode. There are those who have hailed Snowden as a hero, and certainly he is beginning to look like more of one as time passes, though strangely so. The entire thing still strikes me as being a little bit too staged. Though admittedly, less and less so and it gets weirder, and ever more ominous. Who would script it this way? When countries are stopping the planes of sovereign presidents, to be searched for stowaways... well, that is an entirely new level of intrigue.

Selavy questioned who the person was that falsely testified to Congress. His name is James Clapper. He recently "apologized" for giving erroneous testimony. All is well within the government again.

Apparently, what Snowden has done is worthy of the death penalty, if not worse. What Clapper did, merely in need of an apology, a trivial formality. In the grand scheme of things it was not even a faux pas. I mean, the programs were classified..... One can't be expected to be honest about such a thing, least of all to Congress....

Senator Wyden's office has refused to respond to what Congress' reaction will be to intentionally falsified testimony. Clapper was given the questions in advance of his testimony.

I've used the term here many times before, but it's one well worth repeating, totalitarian democracy.

Ah, so sorry, we never expected you to answer our questions honestly, this program was classified.... We only fund the programs with taxpayer dollars....

One arm of the government takes the money from us through taxation, then gives it to another arm to secretly spy on us, when asked about it by those who financed it with others' money they lie, the American people are expected to accept that this is just the way things go when you're busy foiling dozens of terrorist plots (no details given), and the only villain seems to be the guy who finally spoke up about it, at great personal risk to himself. No amount of national energy would be wasted in seeing him brought home to justice, of course.

Anyone familiar with Orwell's use of the term Doublespeak will smirk that Snowden is being charged under the Espionage Act. The very word espionage means "the act of spying or using spies, typically by governments."

It still seems to me that the entire thing is a little too convenient, designed to result in complicity if not subservience, much rather than what the Facebook liberals are hoping for as a result, armed revolution. These all seem to be steps somewhat designed to alert people (journalists in particular) that the old freedoms that helped keep a democracy in check are no more.

Where the eagles cry, on a mountain high....

"Political language... is designed to make lies sound truthful and murder respectable, and to give an appearance of solidity to pure wind." - George Orwell