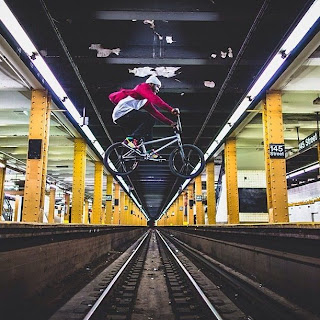 I was engaged in an interesting conversation yesterday online, as online conversations always are. Myself and another guy were discussing various aspects of the Zimmerman trial. Because who else's opinions are truly needed here but the experts? Depending on what you want to believe, in terms of innocence or guilt, there are enough gaps in the facts to believe whatever you wish.

One thing that occurred to me though is that nobody has much mentioned Martin's right to defend himself. They keep focusing on Zimmerman's right to do so - understandably, he's on trial for murder and that is his defense. But we know that Zimmerman had followed him in a car, pursued him on foot, and complained to the police dispatcher about "these punks... always get away."

Zimmerman never once claimed that he had seen Martin commit a crime, until he claims that the kid attacked him, at which point he had to kill him, he had run out of options, you see.

How does self-defense become an acceptable claim when you are pursuing a kid this way? What does the law have to say in terms of how close you can legally stand to somebody, or to walk in close proximity. I'd like to walk for blocks within 12-18 inches of a black kid in NYC, or anywhere for that matter. No matter where they went I would follow, never touching them, never responding to their requests for me to stop it, or to get the fuck away from them. I could call 911 with my cell phone in my left hand, letting them know that somebody was acting suspiciously and seemed like they might even soon get violent, and that I didn't want them to get away, they always do... Once they finally pushed me, or took a swing, could I then unholster my hand-cannon and shoot them in the heart, or face? When do I get to kill kids, in self-defense.

I had to... did you see how crazy that fucker got?

At what point does it become less than innocent to pursue people without the knowledge of a crime. Why do suspicion and stalking in this way receive such special consideration. Everyone keeps talking about Zimmerman's "Constitutional Right" to get out of the car and pursue the kid, while armed. But where and when do those freedoms break down. They must at some point, right? How can stalking laws even be in place when one considers our many guaranteed freedoms. Or, do they only really apply to people who are carrying loaded guns. I've heard people claim that the 2nd amendment is there to "protect their freedoms," but I don't think I've ever realized how accurate that claim is, though not quite in that way.

If Zimmerman had strangled Martin to death and then claimed self-defense what would we have to say about his freedoms.

I mean, he had to... the little thug had attacked him. That wild bastard had to be put down.

Jury, you should have seen his eyes once I started choking him. He was demonically crazed. What choice did I have?

I'm going to start bringing a hypodermic needle everywhere with me, one filled with strychnine, for self-defense, just in case.... you never know when you might need to put somebody to rest.

Ah well, I am probably boring the few of you who still read here with my opining on this subject.

My readers have been staying away in droves.