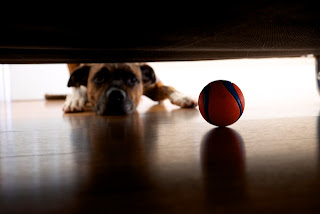 Well, it's done... I have squandered my morning writing a public verdict in the Zimmerman trial, a thing that hardly even interests me, but justice must be served. Since everybody is tossing in their two cents I figured I would as well. Why not, right? One thing that does not surprise me at all is some people's willingness to trot out their race-rationale. They don't come right out and say it but there seems to be a feeling that, maybe more young black kids probably should have been getting shot all along. If there had been then maybe we wouldn't have all the problems that we do...

The only threatened group in Florida seem to be the gun owners. I don't know why the "stand your ground" laws aren't even more aggressive. Why do you even need to be threatened to kill, why not base all gun laws on the assumption of future criminality. I mean... why shouldn't you be allowed to shoot anybody that's not already retreating. What could be more suspicious, and indicative of serious wrong-doing. When you have a gun the world should bow to your magical killing powers.

I think there should be "Pirouetting Gatling Gun" laws.

"If you see something, then shoot, dumbass!" You can always worry about "saying something" later.  You'll think of something. I mean, the kid was black, certainly that fact alone is threatening enough. I wonder how many black defendants have been able to use the "stand your ground" law as justification for shooting an unarmed 17 year old to death.

I mean this, I really do wonder...

It's nuts. Whatever you wish to believe, it is all there in the press. There is no longer any need for experts. Intellect does not fare well in a democracy. There are mainly witches, fire, and the mob to choose from. Every vote counts.

I want to take the day off from work. It seems like everybody else is doing it, so why not me, democracy? But, I probably won't. I am a model employee lately. I don't mean that I make models. I mean that I have been owning it at work: stellar performance, astonishing numbers, all with wit and charm.... I'm told.

I am breaking all previously held company records. They are preparing my corner office. They're writing stories in the news.

I must be fascinating.