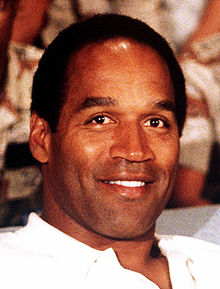 Well, when it comes to white people always seeming to get away with killing black people...

The lesson to be learned here: get a gun, follow people, when they turn: kill them. Ooops, I left out an important step: feel threatened. It doesn't matter when or where. It can even be long after the fact. But you'll want to emphasize that part to the investigators as having been just before you were forced to act.

You had to shoot, you felt threatened. Try to exclusively shoot those with darker skin than you - though in a pinch they can just be poorer - especially one's wearing hoodies. You shouldn't have too many problems after that. Nothing indicates guilt more than wearing a hoodie in the rain. Just as Skittles will be synonymous with tragically lost youth and innocence for a time to come.

I'm sure there are white people everywhere now asking themselves in befuddlement how it's even possible to get high from Skittles. Why would they manufacture such a thing, and what do bath salts even have to do with candy. They'll eye the colorful packages suspiciously at the store, hissing at any kids they might happen upon devouring the dreaded evil. Those poor little addicts.

I think the "stand your ground" laws should apply to groups also. The next time you find yourself feeling culturally uncomfortable then just open fire. I think the batman spree killer kid should claim that he felt threatened by society. Fuck, he practically had to do what he did. He was surrounded.

I've never liked opera much. The people there make me feel a little self-conscious, and the story is too dumbed down. For that matter, cops are often intimidating. Why doesn't the "stand your ground" law apply to them? If only the Branch Davidians had known how righteous and popular their stance was at the time.

I knew that Zimmerman would be acquitted  I might not have mentioned that here but I made my feelings clear on the chat threads that I was involved in. There just wasn't a standout piece of evidence, or witness, against him. There were too many vague tellings, not enough physical evidence. Some of my friends get angry when I mention this. But courts don't work quite like popular opinion. At their best they are supposed to work in an almost opposite way, with the presumption of innocence rather than the other.

Don't get me wrong, I don't think Zimmerman was innocent. I think he caused this kid's death. The inevitable civil trial will make that more clear, to some. But what I think and feel mean nothing. A reasonable doubt is all that's needed, and even with all of the demands for justice, even from across a great media distance, I had my doubts. The smoking gun had not smoked enough. It will require two shots through the chest next time, and one must stumble a bit when they get to the part about feeling threatened.

A bright young detective will say, "Hey, wait just a minute... did you just pause?"

Then, you'll stutter in your response.

One cop head will turn slowly to another cop head as he leans in a bit.

"Sarge, I think this guy might not have felt as threatened as he first claimed."

Sarge says, "Well, we better wait and see what NBC thinks of all this."

Top notch detective work, that's all there is to it.

The state attorney's office kept evidence from the defense team, then fired the guy that said so, warning him to never step foot in their office again, he's "unsafe" to have around. They really needed a conviction, you see. They weren't about the let justice play too big of a part in the proceedings, if they could help it.

Some have made a pretty big deal about this evidence. Though nothing I read indicated that the pictures or texts found in his phone involved him buying a gun, or him holding a gun, that doesn't seem to matter much.... there were dangerous pictures and texts concealed in there, some that had even been deleted. That's suspicious.

Apparently, by those accounts, Trayvon Martin was also armed pretty heavily, with the intention of untold future crimes. I mean, fuck... he had a text message about a gun in his phone. Just think of all the damage he could have unleashed on Zimmerman with that, if only he had been the one that felt threatened that night.