Where I'm Writing From 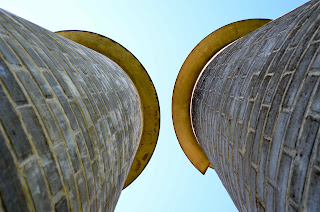 Well, I'll wait to report on California's deepening financial crisis until I have more fuel for such a thing.
I forgot to report about our experiences at Jack London's Dream Farm up on the hill, just outside of Sonoma. Not much to tell but the net result was that it made me think even less of his talents. I don't know what the critics had to say about him but what he had to say about himself was enough.  He believed that writing was just a job, a necessary occupation, one that he pursued only for financial reasons, to purchase more land and make his farm functional.  He failed, but he is remembered as an organic visionary of sorts, exploring progressive farming techniques, spending thousands of dollars (which was a fortune then, we're reminded) on anything from the first cement silos west of the Mississippi (or at least in California), to the "Pig Palace," a round feeding/housing structure for the raising of his pedigree pigs.
He was the author of some 52 books, most of which the world has long forgotten, most of which were written for money alone.  His biggest book, "The Call of the Wild" was sold off early and for relatively little money, compared to its success.  As his works "progressed" they became increasingly forgettable, especially as he espoused and advanced his social views.  He spent much of his remaining time trying to recapture his early level of success in another work.  He denigrated his talents, possibly because he was an insecure alcoholic, possibly because he was self-aware enough to realize that he had carved out a niche for himself in the wilderness/adventure genre and he hardly ever transcended that role, or possibly because he was a known plagiarist.  Who knows.
I read some of his stuff when I was a kid and I liked it then.  A young Chris McCandless was I, sort of... hopeful and filled with notions of independence in nature, though perhaps also dangerously so.  I probably would have met a similar fate, though much less notably so, by wandering into the Alaskan wilderness unprepared.  I likely would have shot myself in the head before starving to death, though.  I've considered it before, just from being a little peckish before lunch.
I'm not sure how much I would like London's writing now, but I'm willing to go back and read some of it again, to see.  London seems to fill a much needed role for Americans: the rugged, adventurous, independent, maverick outdoorsman.  A Sarah Palin of the past: a shameless promoter of self-image,  feeding off clench-fisted concepts of freedom, force, and the mainly silent fears of others, the ever-growing suspicion of the ever-encroaching outsiders, everywhere.
But hey, he couldn't have been all bad.... I mean, he was a socialist.
I am perhaps being too dismissive of him based on one or two aspects of his character. I remember liking his books when I was young.  Perhaps I'll go back and read some of his short stories.  I liked the stories more than his dog gone feral novel.
I tried to find any of London's words to round out my criticisms of him.  Below is the only thing I could find that even came close, and even that sentiment I somewhat disagree with.  The ecstasy of life at its summit need not necessarily be attended by a "complete forgetfulness" of said life...  At least that is not how I've experienced it, and I have had some ecstasies.  There exists a euphoria of living that derives from intense awareness of one's own life, a summit of self. 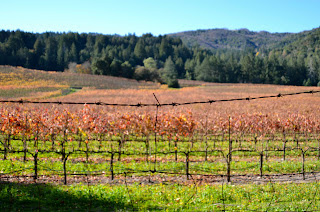 "There is an ecstasy that marks the summit of life, and beyond which life cannot rise. And such is the paradox of living, this ecstasy comes when one is most alive, and it comes as a complete forgetfulness that one is alive." - Jack London