The Lady from Shanghai 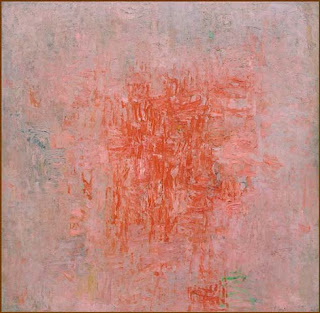 (Philip Guston)
I have a one-day weekend this weekend. I decided to spend it in bed, watching old films, eating as I wish, drinking somewhat likewise.  The day in bed was nearly a success excepting the one portion of the afternoon when I got out of bed and went to the local Irish bar with Rachel for a bleu cheese n' bacon-burger.  Well, that was what I ate.  I believe she had a mushroom, the lunch-sized portion.
There was an Irish wake happening at the pub, a festive time was had for all, but one.
Later, in bed:
We watched mostly terrible movies with the occasional gem in there.  Hulu is dangerous.  It is internet speed. Once you've given in to its coarse seductions it becomes difficult to move away from it.  We did manage to watch Bogdanavich's "Targets" and Orson Welles' "The Lady from Shanghai" but beyond that it was silly lines of Hulu done right off the computer screen.
I kid.  What I say is quite true but the media-drug references are starting to get weird.  Rachel is 37 weeks pregnant now.  We are in what is known as the home-stretch.  I use that word quite gently now.
The only drugs we'll likely be doing soon will be Pitocin.
Bogdanovich had a genuinely crazy chapter in his life. I recalled and researched, whilst reclined.  It involved the death of his girlfriend at the hands of her estranged husband, the peeling off of her face, the chopping off of a finger, sex with the corpse, a homemade sex bench that was used during the satanic death orgy, found days later covered in ants, apparently satiating themselves on the remains of fallen love.  Truly. It is the material of the authentically eccentric.
As is often with these types of things Bogdanovich, then 50, went on to marry the dead woman's 20 year old sister.   It's all true. I pass no judgement. I only find it interesting.
A friend of mine was once booked to play (to dj) a nightclub in Israel.  That night, while he was at the hotel gathering his stuff to go to the event with a few people, a bomb went off outside the club which knocked them to the floor, the work of a suicide bomber.  Many people died but my friends survived, being in the adjacent hotel bedroom.  They spent the following days trying to make some sense of it all with their other friends there, one of whom was the girlfriend of some unknown guy.
When she came to visit NYC recently, while my friend was staying with me, they almost immediately excused themselves to my bedroom where they had victorious sex, almost 30 minutes worth.  Later my friend said that it was something that he always felt this strange obligation to do, as did she.  They were drawn to each other from the experience they shared.  Aren't we all, though I have heard of other similar encounters.  Apparently when some people go through emotionally exhausting near-death experiences sex is one of the ways that they can attempt to come to terms with it,  I guess.  It certainly has helped me out here and there through the years.
Though don't forget: God does for those who do for themselves...

"The four most over-rated things in life are champagne, lobster, anal sex and picnics."
- Christopher Hitchens
He was a late hero of mine.  He was one of those rare writers in whom it was as exciting to disagree with as it was comforting to agree, emulate and even borrow from.  I mean: steal.  He was worth stealing from.  I have done so often, proudly.  I will miss his writing and the strength of his convictions.  Even those that I mostly disagreed with will be useful in the years to come, when expressed so well.
The world and I need the free.
Well, I had hoped to write a quick update, something light and informative about my day in bed.  This has turned into sex, death and doom sex.
Speaking of,
Selavy has shown me some new images that are among the best I have seen from him.  I have always admired his work but one of his new pieces has really stuck with me.  It haunts me.  I see it when I close my eyes, and wonder about the darkness there around it.  The theme I have seen before.  It is irreverent and suggestive, even eternal.  But it is uniquely his and I am jealous of its unblessed, unholy creation.
"Light macerates, the lamp infects, warmth, more warmth, I cry."
-Jim Harrison 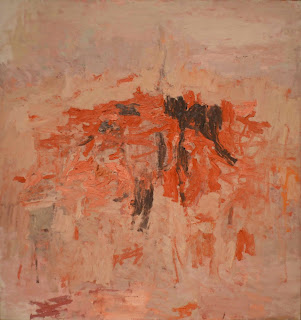