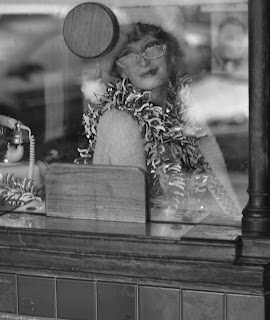 (The Last Picture Window)
Time is passing so slowly that it is almost unbearable.  For many, tonight will speed by in a barely recognized and hardly remembered blur.  Not us.  Something has happened, something has changed. I haven't been able to put my finger on it.  Oh, of course, the expected child.
Even before we were expecting the child I noticed a change, a deceleration.  I wasn't able to ingest the same quantities without a recognizably pronounced effect, a shift in behavior that surprised me with its sudden onset.  There was some difference.  I was losing my edge.
Love, perhaps, had softened me, or time.  They were both working in tandem against the iron-clad faculties that I am well-known and less-loved for... No, not that either.  It was as if all things were working against me.  Very few people want to see a 43 year old man act as if he's 23.  It only works in books and films, where we can chuckle from a safe distance.  Where we can laugh at the character and not have to deal with the person.
So, there will be no New Year's resolutions this year.  I'm waiting for them to be imposed from external sources. The looks of disapproval, the grimaces of disdain, the heads nodding horizontal in unison and disbelief.  When people stop laughing then it's probably time to tell some new jokes.  Mistakes are very content-rich though, they are often tempting in that way alone.
Last year was a little bit different for me, a little bit.
We watched "The Last Picture Show" last night.  A world filled with mostly empty regrets, both cavernously haunting and direct, a ghost town of fading... somethings.  I try to imagine what the film climate was like in 1971 when that film was released.  How different it must have seemed then, how out of step with the other films of that time.   From another era but somehow speaking volumes about the climate of the time.
That's my guess anyway.
I found a quote a few nights ago.  I was searching for an anecdote about how Arthur Miller responded to a question about Marilyn Monroe when the audience had been warned to not ask any questions about her.  I never found the anecdote, but instead I found this:
"Maybe all one can do is hope to end up with the right regrets." - Arthur Miller 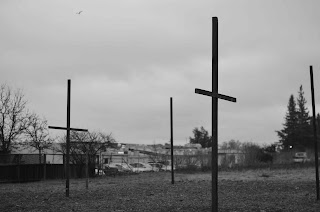