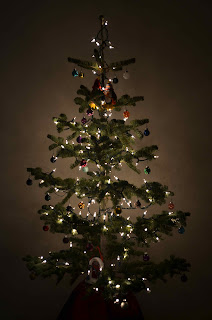 This morning I was lying in bed and made the mistake of browsing what normally passes as a news website (slate.com).  Before I knew it I had been sucked into an advice column, reading about the moral dilemmas of the suburbs - minds flattened with virtue, the heartbeat of the people, etc. It's amazing to me how self-convinced and self-righteous these people can be when dispensing their wisdom to the world.  It was like reading my own blog when I'm stuck on the topic of America. It's truly awful stuff.  Speaking of... I've rethought the progressive tax issue and I rescind what I said about believing in flat tax. I'm not sure how I feel and I'll need to do some more research on it before dispensing my wisdom, freely to you, on the matter.

Moving on.  Here are my predictions for the day....

I'm told that I will be a father in the next week or so.  It is a strange feeling.  At times I recognize that many people do it.  It is, in fact, a very commonplace event, though one that lasts a lifetime, hopefully.  On the other hand it is something I've never done before and of such lasting importance that it be done well that it brings me considerable concern.  There is very little room for middle ground in this set of feelings.  I have not had my usual irony and ambiguity to fall back on when facing unfamiliar events.

I've decided that all hipsters should be forced to have children. It would resolve the hipster problem. Though I question whether children raised with such obscure cultural tastes would acclimate well.... there would perhaps rise within the hipster community the trend of not naming their children, for fear of having to decide on something.

Ok, no more hipster talk this morning. New York is back there, always moving out ahead of the west coast, towards the next sunset, at its given distance, somewhere between Europe and Asia.

So, making babies...  I am so eager to have this child that the other night I stood by the side of the bed that Rachel was lying in and started chanting, "Labor! Labor! Labor!"  I felt just like a union agitator in a John Ford film.  I've decided to picket Rachel's frontside until the time comes.  I'll march around her with a sign that reads, "Which Side Are You On?" or "Solidarity Forever!"  I don't know. I don't pretend to have it all figured out yet.  As they say, The longer the picket line, the shorter the strike... So, who knows.


I set up a baby camera yesterday. It involved configuring the thing into our wireless network, something that gives me some purpose in this whole process.   We were able to view what the camera sees with our cell phones and we could even move the camera around remotely, just by touching the screen, or take pictures at will.  It's really something.  The instructions for the camera were part of the cell phone app.  Rachel said that when she read the reviews of this baby-camera online many people noted that it did not seem that the people who wrote the instructions had the luxury of English as a first language.  After reading them carefully I was convinced that Cantonese or Mandarin might have not been first either.


While I was driving out of the valley towards my daily hell yesterday I called a traveling friend of mine and we were discussing what it takes to make it.  I offered the wisdom that, "Sometimes all you need in life is two fresh wet-wipes."

It's true.  The wisdom of a lifetime flickers right there on my phone...... 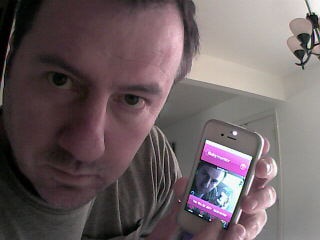