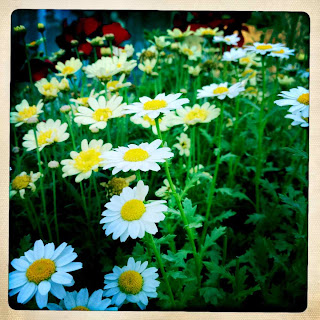 Today we go for a hike out on Jack London's property.  He had almost finished building an enormous house when it burned partially down, never to be repaired or completed.  It is a preserved ruin that sits on a tract of beautiful property, peppered with redwoods.  He was what we would now call an avowed racist, publishing articles about the superiority of whites and the need to understand the risks of asian invasion.  I imagine that the fire was motivated by this racism, though I really know very little of his life.  I have also read that the racism tag has been hyped beyond its actual merits.  I tend to gravitate towards his literary works and have understood for some time that his view on other races will be of little use to me. I read, "The Call of the Wild" and some short stories, "To Build A Fire" was among them.  I never read, "White Fang."
London died early, around 40, I think.  He had done much damage in the small handful of decades that he had the chance to.  I want to say that he died from liver failure, but I don't remember and am avoiding wikipedia on this quiet morning alone, with the wife still sleeping like a log and a baby bump.    I could be wrong about this but I believe this area is called "Valley of the Moon" because of London.  Anything else I say about London from here on out will be pure invention, or mechanical lie, nothing else.  The property has been the site of numerous recent UFO sitings.  We're going today in the hopes of having a seance to contact the wolf-spirit of Aleister Crowley.
See?
I met a woman who has been meditating for 40 years.  Not for 40 years without cessation, but has been practicing meditation as a dedicated interest throughout that time.  She was really rather boring and had precious little of interest to say.  I assumed that this was the normal result of committing your life to inner vacuousness in such a way.  Her mind truly appeared blank, she must have been quietly happy with the central result.  I made a mental note to avoid meditation at any and all costs and recommitted myself to the even more ancient art of daydreaming.
I explained to this pre-historic soul that my wife was 35 weeks pregnant with our first child.  She seemed to lighten a bit at this and I thought that it was a good time to complete the almost silent interaction between us.  I said, "Well, think of us the next time you meditate..." I always believe myself to be much funnier than I am but I don't think she even got the joke, such was her inner-ness.  If she did get it then the decades of wrinkled flesh accumulated on her face gave no sign of it, having lost the ability to transfer any sense of emotion many years ago, now reflecting only serenity.  There was a faint sparkle in her eyes that resembled the effects of morphine addiction. I was tempted to lean in and see what she smelled like but questioned which branch of buddhists were the experts in martial arts.  I felt like I could probably take her but why risk the shame of failure?
See?
I want a new lens for my camera.  Do not laugh at me.  It is a lens unlike any of the other lenses I have, it is an 8mm "fish-eye."  Here is the link.  If I do eventually get it then it will be the only DX lens in my collection.  That part worries me a little bit, but not too much.  My dreams of moving towards a full-frame digital are slowly dying.  The Nikon Rumors website has said that the D800 will be in the $4000 price range.  I think it far more likely that I would get something like this before being able to spend that much money on something like that.
As always, this site takes donations, please contact me privately for any transfer of funds over $100. Anything less then you can just mail cash. Do not listen to the worried advice of others on this.  I have mailed tens of thousands of dollars in cash and never once been arrested for selling ecstasy.
Ok, to the ruins of the suspected racist we now go.....
Posted by Sean Q6 at 8:00 AM