Why Everyone Should Own and Use a Gun 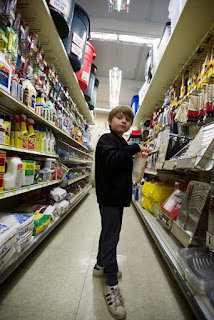 One of the things that I used to love about the internet, perhaps ten years ago or more now, was its irreverence. People seem so very unhappy about it all now. Empowerment seems to be making people angry. Perhaps something other than empowerment is resulting. Who knows. I enjoyed the thing much more when it was mostly a global repository for bad manners, even worse grammar and spelling, and the many joys of endless insouciance. People seem to have embraced the notion that what happens there somehow deeply matters. I mean, it does for them in their living room, but not in the way they seem to believe. I've never seen so much bad opinion flourish. The internet is where nonsense goes to find its center and then excel. Accusations, rather than ideas, have taken flight. Luckily there are plenty of volunteer cops out there now, to talk the stunt thinkers down from the ledge and corral them back into the safety of the fold.

I'm on the side of the nonsensical from here on out. I don't want to win arguments, I don't even want to have them, I only want to disrupt them. I want to make sure that people feel stupid for discussing politics, some flimsy redefining of justice, or to set social mores. Absurdity must be cherished if it is to be preserved. Nobody should be immune from confusion. The angry most of all. They need it as respite from enmity.

People are becoming afraid to undermine narratives. They seem to be buying into the false notion that only the most recent narrative is the one to be revered, or perhaps the next. Endless progress without evaluation.

Inappropriate incongruities need not be provocative or inciting, only derailing. Okay, it is trolling a bit, I guess, but without the intention of encouraging quarrels. Just some healthy sowing of confusion, planting the seeds of risibility.

I only ever wanted to be a smart-assed skateboarder that flaunts parental instruction for the pleasure of their friends, but still has good table manners when none of them are watching.

Everybody has their dream, I guess.
Mine is to buy a skateboard.

My son seems to have it all figured out. He has a semi-directional fart gun. Whenever I start to lose myself a bit in parenting he'll sneak up on me and blast me with a little pre-recorded bit of unexpected brilliance. We were driving around Sonoma yesterday with Mom, his walkie-talkie set on scan, finding other kids that were out there communicating in the best way kids around his age can (secretly, they presume), luring them into brief conversation, then blasting them with some audible genius.

It was the most fun I've had in weeks. We giggled ourselves to sleep last night with it.

He exercises both his first and second amendment rights at once, without even knowing what they are.

Texted audio clips from this device are, by far, the best thing in my life for the last 24 hours.

I want my life to be more like his. 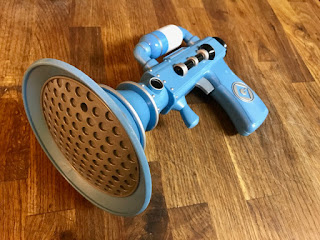