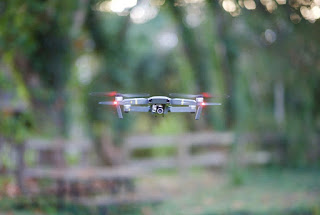 After mentioning the book here the other day I decided to read it. I had skimmed a few chapters when I first bought it sometime in 2016, before the author became temporarily famous for being a possible cypher of understanding into Trump's election victory.

Also, Rachel received a copy recently and started reading it. We like to read the same books from time to time so that we have meaningful, purposeful, literary and liberal conversations lying in wait for us. We have read a handful of books this way, even two by Dostoyevsky, though I do not believe she ever finished The Brothers Karamazov. I'm just not sure.

We were a tangled mess of interlocked appendages when reading Crime and Punishment. Like an octopi that had been split and was desperately trying to conjoin with its confused lost half.

We went to St. Petersburg during White Nights and I dragged her around the city showing her statues of Turgenev, Gogol, Pushkin, and Gorky and asked her to name any city in America that revered its writers the same way. Central Park has a couple, like Shakespeare, but no American writers that I know of. I showed her underground bars that were open late into the night, where we were treated as guest oddities. I made sure to satisfy those curiosities.

I slept all day, if it could be called sleep. I was stricken the worst case of jet lag I've ever experienced - drugged by the expansive spherical surface of the earth. My mind trapped in one time, the body in another.

I don't have much to say yet about the book, Hillbilly Elegy, except that it is easy reading. He doesn't burden his memoir with many studies or statistics. It is a personal telling and the narrator seems a likable enough fellow so far. He ends up as a working lawyer, so I reserve my right to rescind any and all payment of compliment upon discovery of treachery and or sneaky legalese, etc.

That paragraph ^^^ is binding.

Ah well, I wish to understand more about the redneck mind. I grew up with them, but knew to avoid them whenever possible. They could be a fun bunch, but I have canoed up and down the Wekiva River enough to know that they are not to be encouraged too much in this regard. They project a sort of unprincipled frontiersmen attitude where their entertainment is derived directly from your discomfort. Never ones to back away from a frog that jumps, entertainment can quickly transition to pleasure culled from fear, pain, or cruelty. They are the only people I've seen to openly celebrate this fact towards animals, and the animals near them seem to understand this dynamic.

Not all of them, it's always important to qualify, but enough of them.

Anybody that has grown up on the waterways of Florida is at least familiar with the fear of encountering them in the wild. They are not the type to have ever read Crime and Punishment, nor would they have gathered much from the existential message that because life can be confusing, painful, and perhaps even void of meaning, we should each make a leap to provide our lives a semblance of meaning through the adoption of, and adherence to, a morally principled code, even if that code is also absurd, meaningless, and arbitrary. The leap itself is the moment where meaninglessness becomes meaningfulness.

Is that an oversimplification, of either them or the book? Probably. They are people that invite oversimplifications. It is the one social crime that we are all encouraged to commit: You can always kick a southerner.

As for an oversimplification of the book, I'll accept it, even if I have misunderstood the intended message.

Who wants to argue Dostoyevsky with an old white man from Florida?

There is something fucked up and dangerous about even the thoughtful people who make their way out of the swamp. I possess and export far too much randomness for the type conversations that most people wish to have, ones in which they expect a quiet surrender after a well made point. That's only the point where I seek a greater audience. I'm the intellectual equivalent of a monster truck rally. It exists, though for what specific purpose it is always tough to say.

I miss some of the craziness of my youth - Florida in the 70s and 80s. A friend has recently been reminding me of some of the stupid shit we used to do. He has been my mind's wheelchair, ushering me into memories that no longer recognize me. He retold a story of us "stealing" an abandoned shopping cart and pushing it home and then chucking it into his family's swimming pool where it sunk to the deep end, where we no longer controlled its destiny. That was for his father to deal with when he got home from work.

I didn't remember doing any of this, but fuck if it didn't make me giggle inside a bit.

Not exactly fledgling Raskolnikovs, little youngsters he and I, but unprincipled troublemakers nonetheless. The main difference between us and the rednecks was that they had to push their shopping carts into rivers, maybe from a bridge overpass, or just down any convenient embankment. Who knows, maybe they were hoping to trap some river lobster.

He and I spent the early 80s despising and fearing all things Russian, of course. Now we invite them into our political process as old trusted friends and allies. It seems that few things are more inconceivable to the conservative mind than Russia having any direct interest or influence in our political process. A conspiracy from within is the only thing that seems to adequately explain all the emerging facts. When Russia's knocking, best to blame the press.

My how things sure have changed. We were trapped between local redneck heresies and certain nuclear annihilation from a hostile foreign power. All we had for defense against Ivan Drago were a couple rock albums that seemed to promote the triumphant American version of freedom.

Listening back now it's tough to say if anybody won, or even who was fighting, or against what.

We've created half a worldful of adversaries right here, and then half allies, each side always talking about invading.