In The Year Of Our Lord, MMXVIII 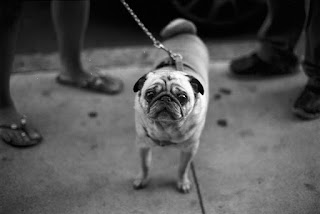 I think I stayed up until after midnight. We went to a neighbor's house and played card games and drank and ate. Wine first and then whiskey. I think it was whiskey. Whatever it was it was good. I mean it tasted good. It is now conducting its toxic invasion on my internal organs. The drinks just kept arriving and there was so little fluid in each one it didn't seem as if it was cause for any alarm. Now I just look forward to going back to sleep. I am sitting here drinking coffee, wondering what the day might hold for me.

CS writes of vague health plans, not resolutions but intentions to improve his health, a change in habits. That is sensible. I am happiest when I'm healthiest. It is one of the lessons that aging teaches - feeling good is better than feeling bad.  When you're young you'll tell yourself almost anything about your feelings. Those little and big lies catch up, of course. It is best to not keep forgetting that.

I woke up at Rachel's house wanting to crawl into a dark hole and be left alone with my misery. Everyone else was still asleep, so I drove the hundred feet home and now I sit here, pondering the possible meanings and purpose of pain. That seemingly harmless whiskey, maybe it was bourbon, is conducting its all out onslaught on the lining of my skull.

I am considering going to London in mid February. A friend has offered me a place to stay and it has been a long time since I've been. I want to go to the Tate Modern and the British Museum, or maybe the Victoria and Albert. We could go look at the Botticelli and Bernini works. London accumulated quite a collection in their more imperial and colonial years. I used to be more knowledgeable about art. Much of that has slipped through the crevices of my mind - the disappearing ghosts of once was.

She and I used to go to museums regularly, when we both lived in New York. We would often go under the premise that she had a writing assignment of some sort and she was curious what my observations about certain pieces were. The only way that I could communicate, or perhaps the best way, was to write down my thoughts, to organize them into paragraphs, to breath structure into reactive feelings. She has a degree hanging around somewhere as proof of this process.

No, I only kid. She is a very smart woman and a perfectly capable student of art and writing. We had fun organizing our collective observations on art exhibits of various sorts.

She never turned in any of my writing that she didn't agree with.

I have been a ghost writer a handful of times in my life. It's fun, in a way, to write either anonymously or through the imagined facade of another. It's good practice, to abandon the style that makes me most comfortable and to attempt to think and express as another. I should do more of that. I take on different voices here, but they are incompletely formed, just moods passing through. It is useful to force yourself to sustain the voice of another.

Maybe I should read Under Milk Wood aloud and see if I have a sense of character. Perhaps that could be my resolution for the new year: to do more things that make less sense.

Right now I am going to curl up underneath my covers and curse the spirits that carried me across the threshold of time.

I suppose I could try to look at the bright side of whiskey.... if I were on a diet then I would have already lost one day by now.