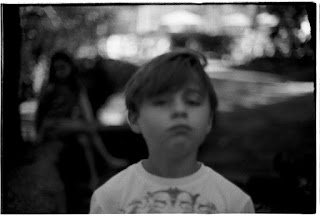 I am nearly finished with Hillbilly Elegy. I have some mixed feelings about where I can feel him drawing the conclusions of his narrative, mostly towards republicanism as virtue. It is a memoir of his life, so there is no need for it to conform to my left-leaning biases and sensibilities. As with most books that I carefully choose to read and finish at this age: I am glad that I did.

It was sad and stirring in parts, tragic in the everyday sense of the word, that the circumstances he describes are everywhere around us and yet still conveniently enough ignored. It is in some ways a rebuke of the notion of white privilege. By that I do not mean that it does not exist, but it does not confer its advantages to every white person equally. There is little question remaining that the author created many of his own opportunities and they had nothing at all to do with his version of whiteness. He was helped and encouraged once he showed personal ambition, but that was not exclusive to his being white.

You, dear others, are encouraged to draw your own conclusions on the matter. I'm certain that you will find fallacies littered along those meandering train tracks of thought. There are some that will claim in the 21st century that no amount of white poverty can approximate blackness, and yet will still jab at rednecks the same way that I do. Why see dissimulation when you prefer to see only one's whiteness or blackness?

Much of the book reminded me a little bit of my own mother. Or rather, her sensibilities and opinions. She was from the western part of Virginia. The hills. Then later in her childhood, her family resettled closer to Richmond, where she dropped out of high school to care for her dying father. Like the grandmother in the book she possessed a fierce and sometimes irrational commitment to familial devotion. Overkill, nearly. Yet also lived as an outstanding example of her own hypocrisy, as she never protected my father in the way that she insisted upon protecting "family." She nearly always treated him as an outsider to what she claimed to have accomplished alone in that regard.

As I mature now, late in life, I recognize that my mother manipulated me to distrust my father. Long after her death I have been forced to re-assess her effect on my relationship with him. She hardly ever said a good word about him, but forced me to wait until after her death before I could do the same. A mother's protective love and what it must provide her in terms of emotional needs from her child can be an unfortunate dynamic. As a boy, all I wanted was to believe in the sanctity of that lopsided love.

This strong sense of genetic devotion, that could also be applied at will to those outside of our small family tree, was a trait that perhaps I rebelled too much against, or grew to be quietly ashamed of later. I was probably wrong in feeling that way also. I did not see the personal errors and foibles of my family as something to protect with unexpected and explosive savagery, but rather as examples of the human condition that were also worth acknowledging and maybe even openly laughing about. Not at the people, but their mistakes, their chosen or inherent flaws. I felt more kinship with the characters of childhood recollection found in Woody Allen's films than I did with my own family.

It was wrong of me to reject the stability of my own family, when it is clear to me now how desperately I needed and yearned for it, or something like it.

One thing about the hillbilly lament that I did enjoy was the author's sense of the power and purpose of choice. He spends many of his memories examining the effects of the poor decisions made by those around him. Then towards the end of the book, how his choices towards the optimistic pursuit of education paid off. However pedantic this might sound in description here, it works in the book, even with its occasionally overt didacticism and flawed political conclusions.

I give the book two gold stars, one for each of its important moral lessons. Yet I am forced to suspend the rewards of these praises because I know how conservatives will misuse them. His conclusions are a touch of Ayn Rand dressed in overalls. He is, if nothing else, a Semper Faithful redneck, and a lawyer trained to convince his listeners.