Help me Chaka Khan Jubilee, you're my only hope... 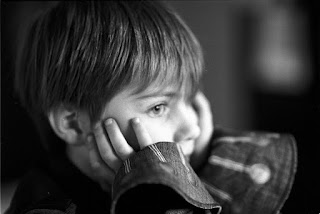 I'm not sure what went wrong. I wrote about diarrhea yesterday and my readership dwindled by double of half. I thought that maybe I could lure some new fringe patrons to the site. People may have been afraid of becoming inculcated to the particulars of my ailment. Fear is perhaps the correct response.

I don't have much of use to report today. I am feeling a little bit better, so much so that I almost went for a bike ride after work yesterday. I'll try to guilt myself into it today. The sun is out and my blinds do not block all of its demands, which helps alleviate some daytime guilt and partially blocks the occasional nighttime shame.

I was relaying a story yesterday of sleeping on the beach under the far south Florida stars when I was young, between two palm trees on only a beach towel, wearing what I could also swim in, and did. Such is the climate near the summer Caribbean, such is the free willingness of youth.

I used to drive to the Florida Keys on a whim. I remember one trip in particular, I quit my little teen job flipping burgers at a place called G.D. Ritzy's. I went in to pick up my check about 30 minutes before I was supposed to be working. My barely-an-adult boss was hesitant to give the paper envelope to me, but I implored him that I had to cash it before the weekend. He said I didn't seem dressed for work and he was right. Who knows where he could be now with insight like that.

He only saw me again when I came in to pick up my partial check the following pay period. He tried to deny that to me until I walked to the lobby and looked up the Florida Department of Labor from the phone book blue pages and called their 1-800 number from the pay phone. I was still on the phone with them when he walked out of the office to meet me with my paycheck. They had asked for his number and told me to hold the line. That was back when the government still limped along a bit. Must have been around '85 - '86 - the Reagan years. My economics trickled down the state on I-75.

My buddy and I jumped in his truck and drove straight there, returning only two days later. I drank a bottle of Southern Comfort on the drive home and then never touched the stuff again. The smell of it still reminds me of my young stomach turning and turning and convulsing. My hangover lasted into Wednesday of that next week. I slept in the bathtub on Tuesday.

I say none of this with pride, only with the memory of the pain.

We stayed at the Blue Lagoon motel in Key West and we were lucky to get that room. It was the last available on the island, and perhaps the last on the entire string of islands, maybe in all of America. My buddy had an Alpine stereo system and I had a tape of The Cult's Love. We drove and we swam and we drank. I remember that much.

His sister was the girl, or young woman, that I lost my virginity to a few years before that. She was crass, irreverent, and uncultured, but she also had moments of sweetness, or so I thought through the translucent fog of infatuation that passed for young love. What I couldn't possibly know or understand was that it was just an acute case of the puppy kind, how so many must feel. I dated her for a year or so before our age difference swept her away from me. She was a few years older and I was passionately naive, filled with what would become the basis of what other women - lovers and girlfriends and friends - have regarded as my problem. Where I amplified those parts of me that I believed made me more interesting, and dismissed those parts where perhaps caution flags were being raised. I learned to stop listening and act reasonably cool under all sorts of weird, self-inflicted pressures. That worked for about a decade and a half.

Some people pay thousands of dollars - month by month and year by year to find the lost minute by minutes - to go sit in someone's office and unravel those moments of their lives, to learn how they can better accept their past decisions and maybe finally do things better next time. To dust themselves off and try again.

I write here almost every day, and get to see the words that become sentences, the sentences ganging up into paragraphs against me, backlit and glowing so near to my face, radiant in the reflection of my eyes.

I've just put Love on my iPod, must soon head up and into the hills, to feel my heart beat one more time anew, and tell myself that this time it really is. 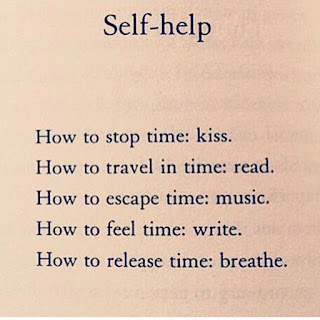