Sean Q6 has invited you to play Candy Crush 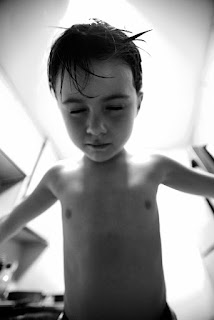 I'm looking forward to going back to not drinking. Don't worry, I'm not becoming an evangelical teetotaler of any kind. I only need a break. I had a couple weeks of alcohol abstinence leading up to Christmas Eve. Then Rachel, our guest from London, and myself started a ten day stretch of celebratory winter drinking that has culminated in me feeling drained of almost all energy. The drinking wasn't even that heavy, just consistent for the holidays. Perhaps by some standards it may have been heavy, once you factor in other people's natural drinking handicaps, but not by my heroic standards.

It can be tough to be around other people's family members. Families are fucked up places, populated with fucked up people who insist upon it. I can hardly understand why people invest the energy into them that they do. Few things seem as dangerous and stupid as giving deference to some bitter tipsy fool just because there is some shared DNA involved.

My body and mind are yearning for a return to normalcy - bike rides up into the hills and gym sessions in which I'm not cursing myself for the great pain that I have caused. I desire some clarity. This is not a resolution of any kind. Those are for television audiences, so don't worry about that either. I'm not inviting you to play Candy Crush Saga on Facebook. There is no pyramid scheme here to be revealed.

All is as it should be with the universe.

Except Trump is still president. That part still baffles me and probably always will. White people must have been absolutely humiliated when Obama was president. The shame they felt grew to titanic proportions over those eight years. The resulting backlash of Trump is absurd, unreasonable, and tremendous overkill, but nothing else makes any sense. I've read articles and skimmed through books like Hillbilly Elegy and the only conclusion I can draw is that white people don't have any idea what their best interests are any longer. They just wish to re-draw the lines between what it means to be white in America and what it means to be black. It is nothing short of stupefying that they chose Trump to make that message more clear. For them, Trump is not what is wrong with whiteness, but what is right.

Fuck politics, though. I spent far too much of 2016 and 2017 beating my head against the wall of supposed conversation. Whatever I used to believe was "my side" of the struggle: we failed. There may be some more marginal victories against conservatives in 2018, but my prediction now is that Trump will win a second term if he doesn't get run out of Washington by too closely surrounding himself with prison sentences. Impeachment is probably the best, if not only, hope at this point, but that possibility continues to seem remote. The glee with which liberals post about the possibility tells me that the hope is cursed.

Unless a truly significant secret is revealed shortly, showing actual orchestration between the campaign and Russia then there is no hope. The list of crimes so far won't be enough to do it.

Fuck politics. I don't want to start the new year this way. I wish to write about anything else, but it's what I've been reading this morning. I really should wake up and read other things. Politics is like masturbating out of anger. You might climax but there is so little pleasure involved. It results mostly in shame and a mild personal mess. Then arrives the recognition that you are alone in the universe. As that observation sinks in the door opens and somebody pokes their head in to check on you. There is of course a cover up, but nothing to indict on.