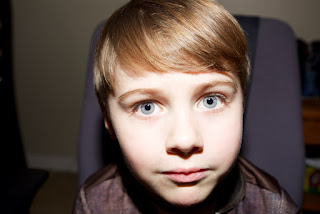 I started to feel bad yesterday afternoon, at work, in SF. I took two more aspirin and hoped for the best. By the time I was at home it was a full blown something - chills, restlessness, sweats, nausea, and worse. I took some Alka Seltzer Cold and went to bed, but it didn't seem to have any effect. It didn't put me to sleep as I thought it might, like wonderful NyQuil nighttime. I just watched shows off of a tablet and then my phone when the first battery went dead. I fell asleep much later than I normally would have, which made no sense. I awoke two hours later, then again another two hours after that. Four hours a night has become the new normal for me. I still felt terrible but the effervescent tablets seemed to have done something.

I read recently that we're supposed to get eight hours of sleep a night, and many people do, which seems impossible. How can it be that I regularly sleep only half of the norm?

Why me?... as the most basic of the old existential questions goes. I did lie around long enough that I drifted off for part of another hour. So, there was something in the Seltzer stuff that must have helped. My sinuses were clear and dry when I woke up, though they were not a problem beforehand, I just noticed that they seemed drier than usual.

How fascinating this information must be to my doctor. For the layman reading here, it was three paragraphs snatched from your life without a single redeeming sentence to satisfy your interests. I should delete it all and start over. But where? The sickness comprises the details of my life.

Well, there is more. I'm writing about this recent unexpected sickness, perhaps, to avoid writing about the other. The boy went to the doctor yesterday and we were given confirmation that he has a truly disgusting condition, one that we must deal with immediately as well as undergo treatment ourselves. It is common and nothing to worry about, but unsettling and repulsive.

The entire drive home from the city yesterday Rachel and I (yes, were were cutely carpooling) were revolted by the news. We must take immediate action and sustain a change in hygienic regimen for six weeks. It is all very simple and can be dealt with, nothing to worry about, a common children's affliction, though one that I do not ever remember having as a child.

Who knows, perhaps my mother kept such information hidden from me. Mothers do tend to shield children from certain things. I'll say this much: we suspect it has been giving the boy bad dreams, the night terrors, as that is one of its symptoms.

We are already back on the path to healthy living. 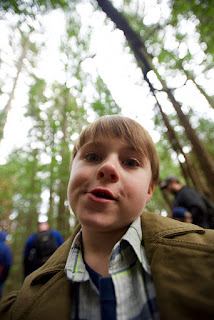 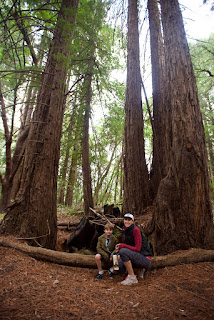