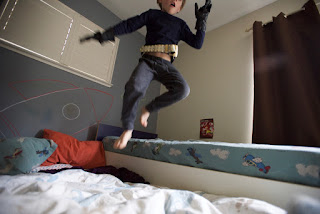 Yesterday, late in the day, I received some great news, like seeing a gift bicycle for the first time. It arrived wrapped as a birthday present, a bright red bow on the handlebars, leaned next to the table on which there was also a big ice-cream cake with so many burning candles and all of my friends excitedly standing around, cheering, singing celebratory songs, wishing they were me.

I'll be taking a six week sabbatical from work starting in mid-February, which will stretch all the way into a one week vacation in Costa Rica. Seven weeks of freedom, six of which will be the type freedom that I enjoyed while living in New York, mostly - the days will be mine to do with as I wish. Then, a weeklong vacation in CR with friends. Two days of which we'll be deep in the jungle of the Oso Peninsula, at the southern tip. Well, in a tree house near the jungle.

I left the house shortly after getting the news yesterday and went for a long and slow bike ride, to try to process all of it. Immediately, my mind began putting pressures on, berating myself in advance for not using the time more wisely, a thing that seems as inevitable as breathing. Then my other inner voice argued back. I returned to a relative state of normalcy where I could just enjoy the idea of doing nothing, or maybe spending a few days dropping liquid acid and listening to old rare-groove rock albums, naked.

It is for this precise reason that so many people I know have had to stop the use of recreational marijuana. The constant second-guessing gets to be a bit much at times. Lucky for me, I've always been a third guesser - perpetually confused to the point of indecision. So, in a sense I have out-tricked the drug with my own systematic neuroses. Second guessing is my third nature.

Now, of course, I am beginning to inspect how badly I've been mismanaging my money, the trail of self-inflicted financial indignities. Banks keep painfully accurate records of my behavior. There is a little hourglass filled to the top with grains of remorse, when turned up one way. I could have prepared myself for this time off a bit better and possibly made finer use of it, though the idea of staying around the house and settling into a relaxed daily habit also greatly appeals. A lack of resources has not been the source of my unhappiness, though their misuse has crept into my conscience here and there.

I've always bitten the hand that feeds me - my own. I'll sometimes awake to find myself gnawing on it in my sleep. I swear to it. Last week I awoke to find an advertisement on Amazon that I had only dreamed about. I used to wake up and check Facebook, but that's a graveyard for chumps and stalkers. What used to be the online cocktail party devolved into little more than a high-dive bar. I helped, of course, but I grow tired of the places that will endure me. Now, I go straight to Amazon and see if they have any new suggestions. I prefer those to friends. Friends are a nuisance, especially when they make themselves a burden.

Once I accepted Tony Robbins into my heart my financial woes were lifted. Now, my life appears in the mirror as a beautiful late night video infomercial, one where nobody ever interrupts. The desperation of many people can be satisfied with something like a new diet book, yet we're expected to listen.

I'm so excited about my time off that I'm going to rearrange my camera closet today. I'm going to begin preparing the cameras, lenses, filters, and other stuff to bring with me. Somewhere deep in my heart I know that I'll need all of them, because nothing quite outlines the contours of my unrequited happiness as does expensive camera gear in potentially torrential rains.

Since yesterday two sparklers seem to be burning in my ball sack; a Fourth of July for atheists; millions of glowing spiders fleeing winter ice, cheering as they scuttle; an ice cream cake with forty-nine candles burning in the night; the flotilla aflame, drifting outwards past the sea; precious time snatched back from the daily blaze of obligation; an unopened box filled with snapshots from the future; or, six weeks of rain and a stack of twenty unread books.

What can be done in a heaven temporary. 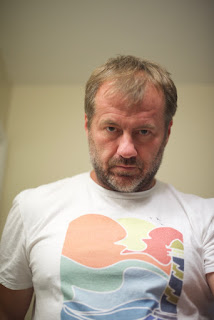