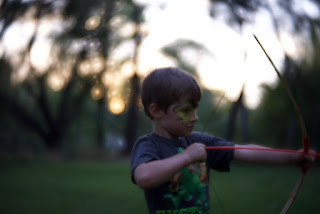 We're rapidly approaching this site's 8 year anniversary. I'm not sure what anniversary gift is appropriate for the upcoming bacchanalia, but I'm thinking that maybe I'll buy matching infinity rings to wear with each of my readers. This site has been that financially lucrative. Or, maybe I'll get a box of those "best friend hearts" that are cracked down the middle. I could wear one half and my readers could wear the others. Not sure if that word should be plural - maybe "other" - but this is a year for very high hopes. I'm hoping to double my daily readership to two.

I greatly enjoy how people will sometimes refer to anything as meaning something in Chinese. It's akin to saying that "schadenfreude means happiness in English." We're all just one big cheery lingua franca family. When I'm around people that won't challenge me then I'll say things like, "The word masochism means mayonnaise in Mandarin."

No, that's the old Sean. I've changed. And anyway, now there are people with phones who will look things up and dispute my claims. Only to let me know that they don't understand jokes, and possess technology that can demonstrate the fact. Even after letting them know that they are the joke they'll think that I am the one that's confused, or in error.

I'll just say, "Oh I must be getting it confused with Cantonese."

Speakers of American can be so silly, so demanding, yet so deeply connected.

Okay, so I looked it up, sweet readers. Traditionally, this would be our bronze anniversary - the big 8" - which means that we lost to silver and gold. So, we'll console ourselves with it being our victorious Olympic year of copper and tin.

We seem trapped somewhere between being proto-urbanites and stinky nomads, what I imagine hipsters must strive to be. Nobody talks about hipsters any more. That must give them such conflicted feelings. They wish to be obscure, never ignored.

I read recently that millennials represent the smallest portion of the population. Being a Gen-Xer, this information is supposed to have made me very angry for some reason, but I don't hate midgets. I just don't want them to touch me. They are the product of sexual union with one of the devil's demonic emissaries. Best to leave that for the pearly heavens to figure out.

Nobody asks the important questions any more. Like, "Do albinos have souls?" Everybody is so afraid of treating people unequally that we have forgotten that most are soulless, empty vacuums. We were given the divine gift of distinction so that we would know how and when to sin appropriately.

Many are called, but few are defrosted.

Jesus, how am I going to dig myself out of this narrative hole?

Let's see... Perhaps there is but one shared soul between all of humanity and it resides, most of the time, in Asia. Mathematically this makes sense, but go ahead and argue with anyone on those grounds. You'll see.

There.... Getting out of that proverbial pickle of differentiations was much easier than I thought. I just needed to stop writing. Now, finally, all of the liberals can be happy. I've taken a somewhat pantheistic approach to spiritual escape.

My biggest fear is striving for greatness, achieving it, becoming famous, then having journalists discover this site. That's it. It would be my #MeHere moment. I don't care much about the fear of cancer. I can secretly laugh about that. I don't care about winning an Academy award. Harvey Weinstein has ruined that dream of mine. And most of all, I don't care about becoming president.

What everyone repeated when I was a kid turned out to be true: once you go black, you can't go back.

Oh, get your panties out of the gutter, my new BFFs.

I didn't mean sex, I meant the Neil Young song.

Is everything sacred any more?