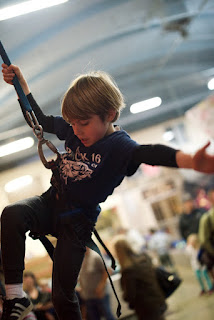 Like a dumb-ass, yesterday, I tried to explain to Rhys the meaning of today being his sixth birthday:

So, you'll be entering your seventh year.

You have "completed" six years, as much as you are now six years old.

You now begin your seventh year on the earth, because you started at zero.

What the fuck is wrong with a nearly fifty year old man, or rather, a man that is forty-nine, but in his fiftieth year, to do such a stupid thing to a child for the purpose of advancing a slightly more correct understanding of mathematics? He's just now coming to terms with addition and subtraction. The concept of zero has not quite taken hold yet. For his birthday dinner I might gift him with a brief lecture on Poincare's conjecture.

In any event... today is the boy's birthday. He's six now. Don't let me try to confuse you about it. He recovered pretty quickly from all this, after I stopped talking. Mom giggled about it for a bit.

I haven't been sleeping well at all, it's been causing me incredible stress. I blame that. I've been hyper-sensitive to noise, particularly chaotic nosies. I was barely able to function at a sushi dinner the other night because the venue was filled with the sound of chatter. I nearly had a nervous breakdown. So, I attribute that for the boy's testing of my upper limits of mathematical knowledge.

We took him to a Cub Scouts event yesterday where he was able to play along with one of his buddies. I wasn't able to get the best pictures. Having a child-subject facing a wall does not the best photographic results create. Add to that I was trying to get two-shots of him and his buddy, and, well... here, since it's his birthday I'll post the most recent pics I've taken of him. Below, from yesterday at a rock climbing warehouse, one that smelled like my middle school locker room.

Afterwards, we took him to a local skate shop where he picked out the skateboard he wanted. He chose the Bob Marley "Natty Dread" even though mom and I tried to direct him towards one that had what we thought was some cool robot artwork on the bottom. He refused. After looking around a bit he knew he wanted reggae under his feet.

In an almost unbelievable coincidence - and I swear to the veracity of this - he went to the gym with me yesterday morning and I played that album on the gym's sound system. Natty Dread. I hadn't realized until the skateboard and all his pads were being rung up and saw the name on the cash register when it dawned on me. 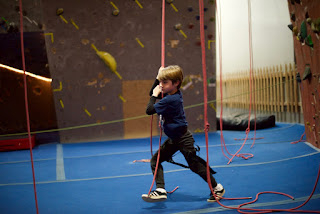 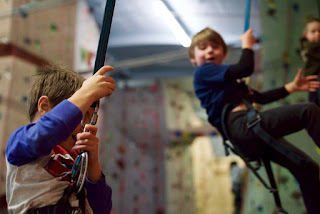 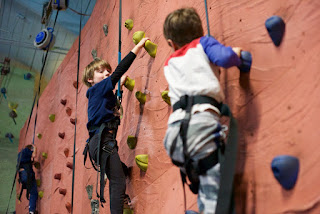 For those who might be unfamiliar with Marley's career beyond the hits you've heard, likely to the point of nausea, this original album version is well worth hearing:


Rhys prefers Burning Spear to Marley, even requests to hear them for dinner music sometimes, but that's likely only because I play them more often.

You know how kids can be. 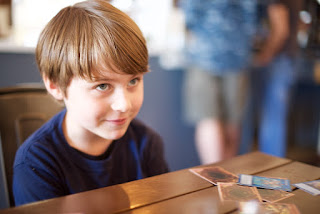 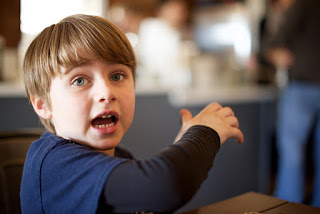