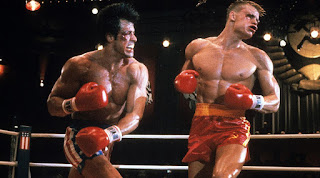 Let's see if I can write a post before I head into the city. It looks as if Rachel and I might commute together today. Such are the dynamics our new shared work-city-parenting lives. She has begun a job in SF and is now commuting in also. Fun times in the car with morning coffees and conversations.

I generally like to depart much earlier than her. In fact, wait, let me go take a shower....

Okay, shower done. We won't have any surprise departure times now. I wake up long before her, hours most days, so I should be the one that is ready to leave as if it is an emergency. In a sense it will be, for her. I do not envy people that are forced to wake up with an alarm. I only ever set an alarm when it is absolutely necessary. I'm not proud of this. Wait, yes I am. Fuck alarms, I hate them. But it's not as if I sleep in past when one would be going off. My pride comes from a sleeping malady. It is a by-product comfort at best.

Ok, the image comes from one that I was going to use for yesterday's post, but the mention of Ivan Drago was only a closing thought.

Remember when he defeated Russia by being an underdog boxer, and then won the Vietnam War after the fact by being a lonely killing mercenary?

Those were much better times.