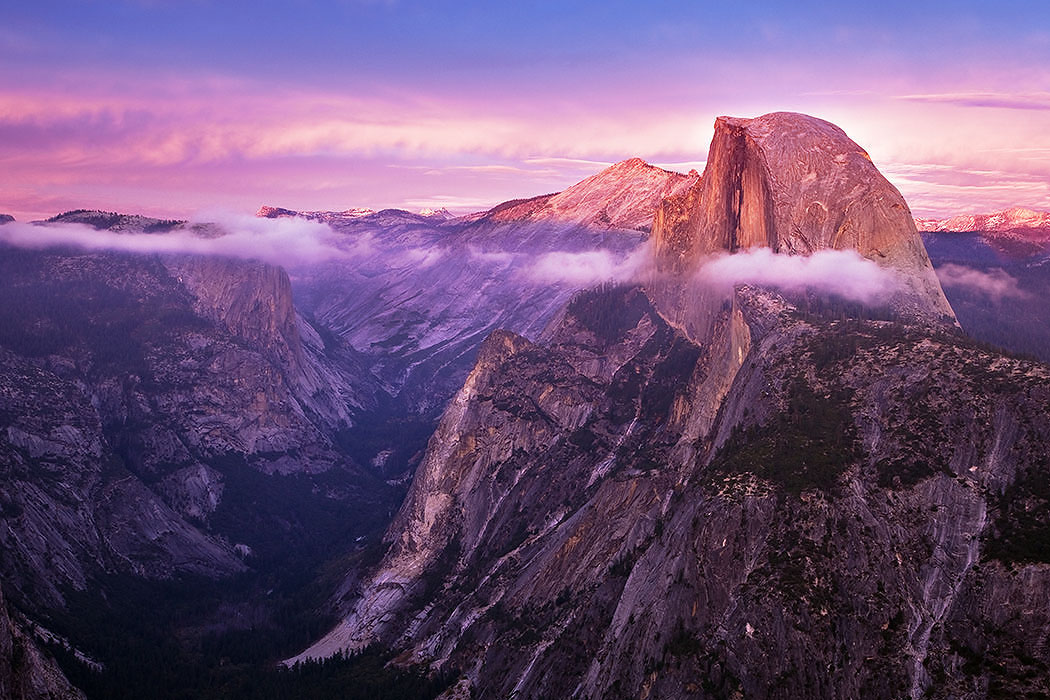 (The large glacial rock on the right)

This weekend Cato and I will go to Yosemite. We will hike Half-Dome. I have done it twice before, once to the peak. It is an all day hike, one that the body does not quickly forget. I wish that my cameras were lighter and that I had more appropriate lenses for this type of thing, but ah well...

We go to hike with the cameras we have, as ol' Donny Rumsfeld was so fond of saying. What's a little torture, here and there.

I am already cursing the very idea of the Nikon D700, and singing the praises of my Fuji X100S. There is a 600g difference between them before I even put a lens on the Nikon, of which I would sensibly bring two or three, one of which is rather heavy, at two pounds all by itself. I have begun to question how much such a lens would even be used on a hike like this.

I know that I am mixing the metric system with whatever it is we use here in the States, but I'm an American god-damn it.... leave the metric converting to the god-forsaken Belgians.

What a great phrase, god-forsaken... Says it all, like an Amex black card.

We will stop by the Ahwahnee Lodge, but we will not stay there. At $500 a night we will find another place to sleep, though it is too bad that we are simple working folk, the lodge is great and I have stayed there before with another friend. It is nice to complete your hike and be at the entrance to your hotel, rather than having to drive out of the park to get to your shower and bed.

I have begun an emergency weight loss regimen. I am not depriving myself of vital nutrients and minerals, of course, but every pound I can lose before that hike is less weight I have to heave up the side of that boulder. There is an elevation differential of 4800 feet. To give you an idea, this is approx. 50 feet more difference than it is from the south rim of the Grand Canyon to the Colorado River on the Bright Angel trail, the most popular among them. The one that Rachel and I did all those years ago.

The wonderful thing about Half-Dome is that it is mainly up on the way there and down on the way home. There is a wonderful sense of victory and accomplishment upon returning.

The Grand Canyon is arranged otherwise. One feels that they have narrowly escaped death when it is over, when they have finally taken that last step up and out of the world's largest mass grave, though both hikes are phenomenal and well worth undertaking.

The picture below was snapped by Rachel, with an actual little film camera when we were about 1/3rd of the way back up from the edge that overlooks the Colorado River. This must have been more than 10 years ago now. The patch of green that you see is about a mile or more away and offered the only temperatures below 100 degrees the entire hike (the thermostat leading into that oasis from the other side read 115 degrees). It is where all the water from this portion of the canyon comes to find its center and then disappear, leaving only a patch of green to signify its recent presence.

I'll be honest, Half-Dome scares me a little bit. I am in the heart attack zone for men my age. If there is a weakness in my chest than that rock will find it.

I once conquered many, many double-domes but that is perhaps a story for another time. I was part of an informal study designed to determine the efficacy of group love upon the individual.

Well, I have reached my 30 minute writing limit here. Now I must dart off into the city like a retired, retarded, early-morning albino Batman.

Pray for my webbed, mammalian flight. 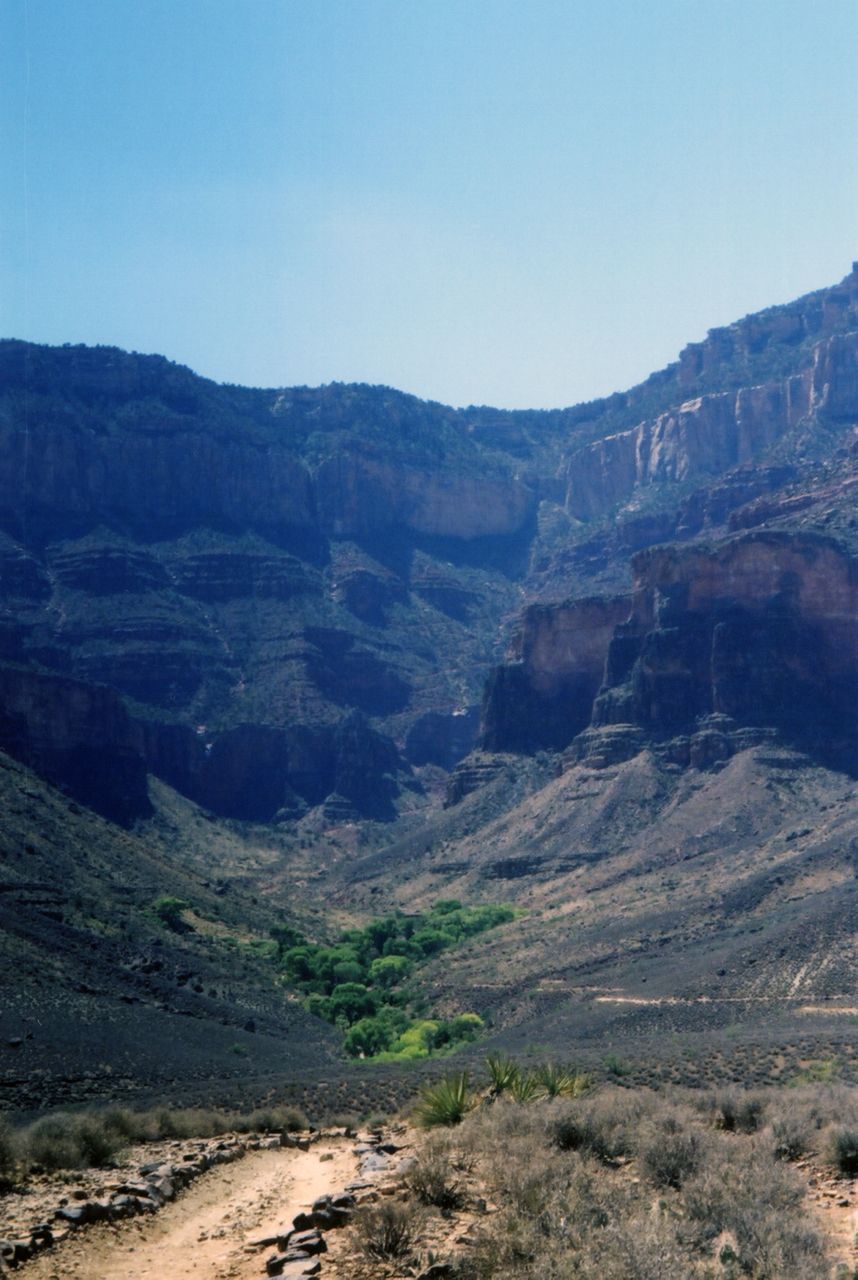