Transported to a surreal landscape.... 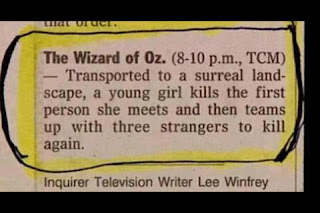 It turns out that Obama won the electoral and the popular vote. So, Karl Rove and Donald Trump and Fox News will just have to suck it, more. I bet they were hoping that they would be the ones to invade Yemen.

Oh well. The Fox Army will have to wait.

I was up at 4am again today. I've begun to mimic Rhys' sleep patterns. I was getting tired when Rachel was putting him to sleep, sometime around 7pm last night.

In the last week I've had two local people from here in Sonoma call me for technical support, got an email from Microsoft wanting to know if I had retail management experience, and have been offered a tech-support job from The Gap through a headhunting agency out of SF.

I went 4 or 5 months without a job, without any exciting prospects, then all of a sudden the world seemed to explode with opportunities.  At one point I was so bored and willing to do anything that I decided that I would just work locally. I applied for a job at Staples. They loved me, offered me the job right away. But the money, as you can probably guess, was way too low. I tried to negotiate it upwards a little bit but there were some things that the local manager just simply could not do. It is lucky for me that they didn't. I probably would have taken the job and subsequently stopped looking. There is only one outcome of a situation like that.

In the job search process I got a glimpse into a very strange world: the one most people live in. I can not emphasize this to everybody enough.... Do yourself a favor, apply online for a job at Staples. Just fill in the personal information with gibberish and get to the part of the application where they are asking you personal and work-related questions. It was one of the most eye-opening and maddening experiences of my life. They present a series of increasingly precarious moral questions and the only options they give you to answer are, "Strongly Agree, Agree, Disagree, Strongly Disagree." There are times when none of the answers suit the questions and certainly don't suit your response to the questions. You find yourself "Agreeing" to some completely crazy fascist nonsense.

It is a Catch-22 interview. I found myself worrying at several points in the process that this was going down as part of Staples property with my name on it, and would then somehow become part of my permanent record and profile. I can't believe that I didn't take screenshots at the time. Maybe I'll go back and re-do the interview just so you, dear readers, can get a glimpse into the strange and terrible world that is the real retail America.

I blame Romney for all of it. Isn't Staples one of his many successes?

Holy crap, that reminds me... On Facebook all the American political losers are posting pictures of Romney and his family, talking about how "decent" a man he is, and "god-fearing." These people would have laughed at the idea of having a mormon president 8 years ago, did laugh at it 4 years ago, and now are emotionally destroyed that Obama somehow beat him. What hypocrisy. The right, it is becoming very clear, will do or say anything to get the black man legitimately aborted from the white house.