"Are you employed, Sir?" 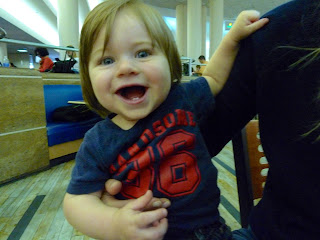 (The joy of unemployment)

At least I don't have to worry about feeling useful any more. I've found my special purpose.

Having a job is a nearly unquestionable endeavor. Nobody will bother you about it. It is an almost sacred modern act. Nobody will question your motivation. Who would ever go out of their way to stop you from working, unless they're firing you? Oddly, that would be a shit job: firing people. People want you to work, mostly. It is what keeps everybody unhappy and together. They have to work so why shouldn't you, seems to be the prevailing attitude. Life should be fair, even though we all recognize that it is not. We are all in this together.

Money does not, as I have been told so many times before, grow on trees.

That metaphor bothered me when I was a child. Who wants to have to harvest money from trees? It seems too time consuming, and subject to many various weather constraints. I mean, I get it... money comes from labor. But I don't want to have to be a migrant worker to get rich. I don't think that very many of them do. Why isn't the statement: Money doesn't arrive in your sleep. Or: Nobody's going to pay you for playing (Something I've found to be only partially true, depending on the work you choose to do). But money growing on trees just seems like a bad idea for all parties involved. How long would it take for each dollar bill to become ripe? What sort of land would you have to own to farm money trees successfully? Do they require extensive fertilization? Would there be organic money farms?  How can we procure the seeds for a hundred dollar tree?

I suppose if you could find somebody really trustworthy to assemble a team that could grow and harvest it all for you then maybe that would work. But who wants to have to fire a foreman because you caught him skimming off of the top? Seems like it's a situation that just begs for trouble. I don't want to have to flog anybody. I merely want to be wealthy without effort.

So, my current employment situation...

Hopefully, I will be able to work from home a fair portion of the time. That would change the entire nature of the job for me. It would be like working in a tree-house, at least. Then the job would be nearly perfect, as far as jobs go. If I could convince them to let me work four days a week, at ten hour shifts... then I can hardly imagine things improving in any other way other than monetary. Money is the one way that a job is never quite good enough, always in need of additional improvement. Who of us has all the money that they would ever want? None that I know of. It is the one substance that we are never sickened from having gorged ourselves on.

Where is there a job that pays everybody more than they need? Certainly some would scream, "Wall Street!" But ask them and I'm sure that they would tell you a very different story. Some of them might even suggest that money does not grow on trees, it must be earned.

There is always much to learn. A bonanza of new information that is exclusive to the product. When I was at Apple it seemed that the learning would never cease. But it did, and much sooner than I had ever anticipated. It was always possible to learn more, though the information to be learned increasingly became memorization of product numbers or processes that were useless to me outside of that specific job at Apple. So, it was not education as much as it was just a committing of my mental faculties to making myself increasingly useful at a job that had no analogues outside of that world.

I suppose many jobs must be like that, just increased dedication to "the product," whether that be an actual physical product or the service that it provides. The more adept you make yourself at going from product to product then the more useful you may or may not be to each company. It is important to make sure that you are spending time learning the right things, not just anything.

The organizational structure of companies always amazes me. There are all of these various teams arranged in such a way as to advance the idea of the product; through actual improvement, through sales, through service, whatever. The teams are all situated around the organizing principal of promoting the use and belief in the product. Each team jockeying for recognition above the others, each having their respective purpose, all being presumably indispensable to the team.

Companies, many of them, share informational resources through a process known as Cross Forest Trust. When I close my eyes I envision tree after tree after tree, entire valleys off in the distance safely filled with them, the breezes gently blowing and pulling at their odd rectangular leaves, as we get closer there are bills just generously floating in the winds, green and ours....