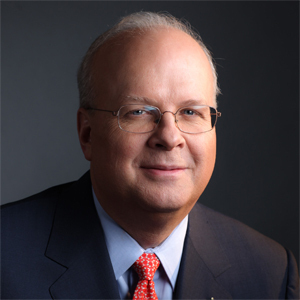 Well, hell's bells... I hope this doesn't mean that we all have to stop hating Mitt Romney now, or more importantly: Paul Ryan.

It was encouraging to see that Karl Rove was still trying to tamper with the outcome of an election. Late last night, long after the networks had announced Obama's victory, I saw that he tweeted that Ohio was still too close to call. Fox News became the battleground from which he chose to fight this election, and yet still somehow lost. This "victory," if nothing else, relegates some of the most joyless people in America to a four year period of existential misery.

What's not to be happy about?

Anybody that dismisses the fun of Facebook and Twitter should have been on last night, with lots of friends, following lots of others. A night like that makes for great social media moments:

"You know your party has problems when you overhear: 'The rape candidate lost.' 'Which one?'" - Alec Baldwin

"How is it possible that their leading political genius - Ted Nugent - got this election so wrong?" - Anonymous

Ok, the last one was mine. I can't remember enough of the posts from last night. But you get the idea, it was fun.

Also, it's a good time to really weed out some of the more hateful people on Facebook. I must have deleted twenty or more "friends." When Rachel saw what I was doing she got on board and deleted a few of her "friends" as well. It was a perfect storm for getting rid of idiots.

I couldn't bring myself to watch Fox News but those that did really seemed to enjoy it. There was a network meltdown. Apparently they began to berate and question their own "numbers team," at Karl Rove's insistence, on whether or not Obama had really taken Ohio. They'll just have to try harder next time.

You live, you learn, you re-media.

Obama's Supreme Court appointees will be carefully picked and vetted. They will have no history of deciding against executive power. They will have never made a decision questioning the military's ability to exert and use its power, even within America's borders.  Nobody will notice much, or care. The drone wars will not only continue, there will be a reason to expand the program.

We have become a society in which political assassination is an openly accepted and encouraged fact. The president has signed into law an act which negates three different amendments to The Constitution. This, all from a guy that will soon stand in front of the nation and take an oath to protect and defend that same document. An oath that he has already taken once before.

Every day Dick Cheney is starting to seem more and more like Luke Skywalker's father. Just a guy that made some bad decisions early on - but one that still has a warm, beating heart - albeit not his own...