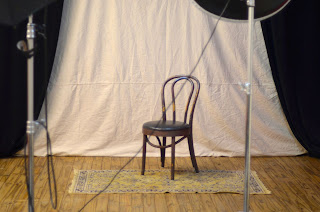 Nothing much to report today. The quasi-excitement of the general election has waned. Nobody wants to discuss politics any more. The people I know from the right were posting very melancholy posts yesterday, chronicling how they got through the day, where they found the strength, that they have been having nightmares, but that it's still a beautiful day in Canada, etc.

The election, if nothing else, was useful for this reason alone. The image of general republican despondency and the acute images of dismay made the election worth the price of watching. There were tears.

I don't remember any of them acting this way in 2000, of course. But I've stayed in touch with an armpit of old friends from the right-guard. They went out of their way to explain the electoral college to me when Bush lost the popular vote. Nobody from that side was upset at all about it. None of the fledgling neocons were questioning the structure of democracy. They explained that if the left had not broken off from the sensible and formed another party then the electoral college wouldn't even be necessary, all blame fitting neatly onto their opponents. Always.

It turned out that none of it was true, except the wars.

I saw a "statistic" online the other day: "More people in America have died from falling furniture than from terrorism since 9/11."

We've completely upended the structure of our country, and allowed for the many abuses of power, because the bogeyman is lurking somewhere in the dark. Yet, we refuse to turn the light on. My friends from the right, so few of them, took The Patriot Act seriously when it passed Congress and was signed into "temporary law." They are all now, understandably, enraged at Obama's egregious misuses of power. (Temporary law. Perhaps that is the category of study that will include The Constitution in future academia.)

Many of my friends from the left seem quite pleased that Romney didn't win. He was a cardboard phony and they could never understand how so many people could be deceived by his empty posturing. The image of Clint berating an empty chair will become the symbol of their disconnectedness, it already has.

None of them now seem very willing to discuss the simple mathematics of wealth disparity, that it is much worse under Obama than it was under Bush. They are all quite happy to continue blaming Bush. Maybe they're right. It's just easier that way. Is wealth disparity our greatest problem. I strongly suspect that it isn't.

The bogeyman is very real. Though he somehow became much richer than he used to be, aligned now with global interests. Darkness approaching everywhere, say some. Bogey's not alone in there any more either. There is the sound of industry emanating from the depths, an order which shrouds itself. He's been mixed generously together with all the perceived evils of the world, the eternal injustices.

Though, everybody's darkness is different and moves in different ways. The image of the evils of wealth became more tangible for people for a while, grew a face, ran for president. That face will fade and we will find a new fear to back away from, a new savior to run towards.

For some, the darkness is simply the returning terror of hunger, of want in open daylight. To each their own, of both fears and desires. For many there is a huddling together in the light, at a convention or a rally. If it were not for the darkness then there would be no gods, no angels rising with the sun, no satan condemned to his underworld, no beasts possessed. No new enemies.

And what, dear friends, could possibly be more real than that?