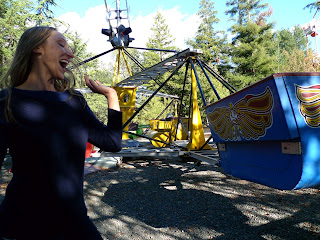 Up again long before the sun, the weekend is over. I will go into the office each day this week, rather than working from home any of those days. It will mean less sleep and many more hours spent in the car. So be it. I am drained from the weekend. I had been limiting myself to two glasses of wine or two beers a day during the week. I felt pretty good until Friday when my new found sense of moderation was lost. A loss which lasted through the weekend. The ratio between good things and bad things starts to favor the latter with too much drinking, or even with just consistent drinking.

Rachel has the coffee machine set up to start making coffee at an insanely early hour yet I am always awake before it. I have been a computer technician for years but somehow still find myself incapable of programming a coffee machine, or unwilling. So now I sit here typing, waiting for the magic morning elixir to arrive.

My mind does strange things to wake me up, especially when I have to piss. I dreamed this morning that somebody had stolen a valuable microphone from me, one that I have not seen or thought of in quite a while. I was fretting in the dream at it being lost. The feeling hasn't quite left me. I feel like a republican: people are taking things from me in the darkness against my will and then using them as they please. They are redistributing my wealth to foreigners in my sleep.

I'm still arguing on Facebook. I know it's pointless but I can't stop myself. I get so excited when people start invoking the Constitution to support their arguments, especially those that seem uninterested in forwarding its ideals, but use it rather as an argument to return to an imaginary past. Their imaginary past. A time when things were as they should be, when the world was open and theirs for the taking. A time when others knew their place. Now, the minorties have risen up and are ruining the show, or so says Bill O'Reilly.

It will pass, of course, all things do. The coffee maker has started, it means that soon I will be dashing down the highway, in pursuit of a thing that can hardly be held or known or kept. The value of the dollar dropping like the count of remaining years.