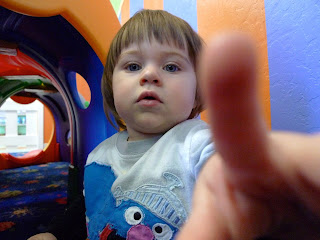 Oh my.... I brought Cato up from SF yesterday. It was nice to have somebody else in the car, to break up the long ride home. We stopped at a place called Ernie's Tin Bar. It's just a little roadside shack at the turn where you must decide whether you're going to Petaluma, or if you're going to take the north road up through the hills and farms to get to Sonoma. We only had one beer each as we were driving and didn't want to be senseless. It was the day before Thanksgiving, etc. I had narrowly escaped a handful of tickets for driving the way that I always do earlier in SF as I was leaving work.

Once we were done at Ernie's we went to two different grocery stores and picked up a variety of beers and wines and steaks and Thanksgiving accoutrements. Is that the right word? I don't think it is. We bought chicken stock and eggs and half-and-half for coffee in the morning. Coffee that we would need much more than we might have guessed at the time.

We came home and began to cook. Cato gave me a piece of chocolate that he had brought up with him. It was delicious with the red wine. I have been depriving myself of chocolate in the hopes of losing weight. After I ate it he told me not to worry, that it was magical. I impressed Rachel by starting a fire in the fire place. I opened the flue of the chimney, thinking things were as they should be. This would be our first fire of the year. The first fire in the fireplace of our new home, the night before Thanksgiving. Things were looking to be pretty good. A nice stretch of days off in front of us all.

There must be another flue at the top of the chimney. A thing that became much more apparent to me once the chimney filled with smoke, which began generously billowing out into our home. The smoke alarm went off and then it did something that I've never heard it do before. It began issuing a piercing warning about carbon monoxide poisoning, intermixed with the screeching beeps. It was a recorded human voice, sampled and kept on a chip inside the device for just this special occasion.

The baby slept peacefully in a room upstairs in his little warm, sealed cocoon of a bedroom. I was sure that the oxygen in that room was safe, that it had been unaffected by the fire below.

I poured water on the log, greatly increasing the immediate smoke problems, but moving towards a more long term solution. Rachel and Cato attempted to deal with the new nature of our home by opening doors and arranging a fan to best persuade the smoke to leave. I crawled up onto the roof looking for a flue at the top of the chimney to release my newly acquired, though unwanted, gaseous bounty.  Well... I crawled up to the safest part of the roof. There was one more level that, in the darkness, was insurmountable. Insurmountable by me, that is. I envisioned the 230 pound fall that would trigger my subsequent death. Lying in the bushes in the front yard, hemorrhaging in the dark, hoping that somebody heard me land, the crushing thud of my abdomen coming to a sudden stop.

I crawled down off the roof, still intact. When I came back into the living room I realized that things had gotten worse. Our house was going to have a smoky smell from this moment moving forward.

Something else was "off" though. It was inside of me. I started to realize that the room was not quite the same shape as it had been. I suddenly became very self-conscious. I looked at Cato and he had this demented smile on his face. I couldn't tell if he was looking at me or looking at something right behind me, or on the back of my head. The room began its inevitable carousel spin, tilting and pitching. Suddenly, we were trapped in a Dutch carnival. The lights began to advance and recede. The music began to stretch into elongated passages that ceased to make any traditional type of sense. It was as if the sounds were emanating from an unseen set of curtains in the speakers. Portions of the music seemed to lift up and then land on other passages where they had not been before.

I slipped off to bed, wishing it all away. With sleep, some of it did go where I wished it to.

One of us threw-up in the sink. Big pieces of steak which had hardly begun the digestive process. It was waiting there for us this morning. Gallons of it. Thanksgiving bile.

Normally I trigger these types of episodes at other peoples' houses. I wonder if they ever miss me.