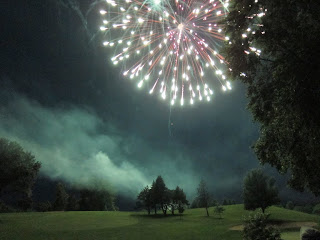 The government has really pissed me off.  Everybody told me not to worry about them sending my old passport back.  With knowing faith they all told me how it would be in the envelope with my new passport, not to worry.  It wasn't.  I knew I should have listed it as "lost or stolen."

I'm not being precious about this but it was the only physical evidence I have of all the places that I've been.  All over the world, several times over.  Lost now, and gone for good.  Rhys will have to take my word for it, rather than have any proof that he can sit and marvel at.

I have an even older passport that was filled with stamps, the one that British Airways lost, but it was only the 24 page book. The one they kept was 54 pages, I think, a much better representation of my travel decade.  Hundreds and hundreds of different trips.  More than 100 just to Mexico.

The Chinese Visa alone makes me angry.  It was beautiful.  Russia and Brasil too.  A document of all of the places that I had been outside of America, stamped with the dates of arrival and departure.  I'm gutted, not so much for me but for Rhys.

Fuck the various agencies, they are worse than evil, they are inept.

But, on the bright side, at least I can go to Costa Rica now.... July 28th... the date was rescheduled to give me time to get my new passport.