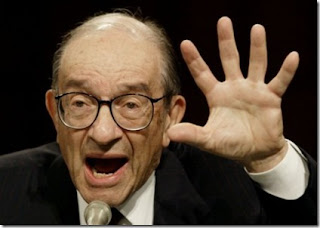 (One free visible hand of the market)

I spent Sunday reading about the various bubbles that have arisen in American markets, the reasons for them, and the likelihood that they will continue: sponsored greed and government intervention.  You hear the Occupy movement rattling their imaginary sabers over it but I haven't stopped to really think about it until I examined the amount of overall wealth the upper 1% has increased and accumulated over the last 20 years, and how.  I've tried to make the point on this site before that what people should really be angry about is the collusion between government and high finance to defraud the American people out of their savings and homes.  When you take the time out to do some research about the issue it becomes maddening, beyond maddening.

You've got a certain group of assumed patriots on the right convinced that America's ills come almost exclusively from welfare programs.  They feel that people who are not contributing to the system should not be extracting from it.  Then you've got the left convinced that the solution to society's ills rests in taxing the wealthy more heavily and redistributing that wealth.  Neither side is quite accurate, and neither solution will produce the desired results, but as long as the media has some conflict to report on then the juggernaut of American complacency just keeps rolling back on poor old dumb Sisyphus.

The reality of it is that everybody is getting screwed by both the government and the banks, and their relationship is already post-criminal.  They've modified the laws to allow the most historic economic raping ever committed.  It is fraud on such a grand scale that it is difficult to imagine, impossible to grasp in just one sitting.  Alan Greenspan manipulated the interest rate and printed so much money to fight of perceived inflation that over time he has devalued the dollar to such degree that there is very little left to save.  It's nearly impossible to imagine how America will ever bounce back from all of this corruption and fraud, especially considering that the attitude of most politicians is to continue letting it happen, that the best policy seems to be "the free hand of the market."  But these people are not industrialists and manufacturers producing goods then distributing and selling them.  Their sole purpose is to find ways of shaving more money off of everybody while making it seem that everybody is benefiting from it.

No single president is to blame, they were all accomplices.  The media has the left blaming the right and the right blaming the left.  But the person who controls some of these variables and is often able to effectively push for legislation, who functions in a highly advisory way to all presidents, the Chairman of the Federal Reserve, answers only occasionally to Congress and can not be removed for policy positions no matter how misguided or stupid their decisions might be.  It's the closest thing we have to an emperor disguised as a court jester.

Well, Phil Gramm would fit that role better I suppose, and perhaps he's even equal in blame.  They're just about neck-and-neck for first place in the potato sack race of blundering stupidity.  How could any reasonable person believe that Wall St., or any other industry, is capable of self-regulation?  They effectively let the entire nation's finances be run on the honor system.

Those two crippled old pterodactyls should have been silenced with tranquilizer darts.

It's all beyond me.  It becomes so infuriating reading about the various systemic and personal blunders that it becomes difficult to sleep.  I am an excitable person and these things worry me now more than ever.  I was almost pulling out our mortgage papers and going through them late last night, just to make sure we hadn't been tricked into one type of interest rate when we believed it to be another.

The most effective anxieties are the ones that can be easily tickled from a distance.  Pain-killers were all that would palliate my torment.

So, that's what I did with my Sunday: read about grand-scale fraud, verified that America was on the verge of collapse, enjoyed a little late night paranoia, then tossed and turned all night.

I'm not just getting old.  I'm already there.

Well, the tossing and turning has another source, there is the pain.  I won't write about it any more here today, but it is currently persistent.  I have a bundle of pinched nerves in my back that periodically cause me great torment.  Pain reduces one's imagination.  It is difficult to allow your mind to wander, or to escape fear, when it is so frequently brought home by the command whistle of discomfort.  Or worse... the mumblings of misery and woe still flapping and screeching high above.

"What I've learned at the Federal Reserve is a new language which is called 'Fed-Speak'. You soon learn to mumble with great incoherence." - Alan Greenspan