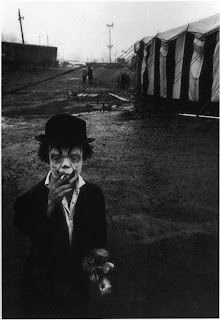 Big plans, strange dreams.  So, Rachel and I have honed in upon a few possible income streams.  While I gravitate towards the wild-eyed pipe dreams (magically divined number combinations) she tends to reel me back in and focuses on projects that have foreseeable future income (work).  Such is our nature.  Somewhere in the middle we find projects to commit to together.

Everything requires research and education though.  Luckily, they are all subjects that I would like to learn more about.  But still, there is the time and dedication that it takes to get there.  With this new world there is always much to learn, always there are things that are changing.

Many years ago I used to sit in a record store and sell records to the baggy-pants'd kids that would come in.  In the mornings it was not uncommon to have long stretches of time in which nobody would visit the shop.  When I was not sleeping I would read.  So, I got about a 700 page Netscape book and began to learn about how websites are built and maintained.  All of that information is now either lost or useless.  Everything has changed.

But I know how to study.  I am still capable of it, I think.  Sitting and reading for hours on end doesn't bother me.  That is precisely what I will be doing today.  Well, part of the day.  There are the many errands and chores that I've accepted or have had thrust upon me.  I know what it is like to be a housewife now.  I get it.  I feel like I'm wanting to take night courses at the community college and my husband is openly suspicious of it at the dinner table, wondering who will make dinner on those evenings.  Sort of.

Well, no, not at all, actually.

Mixed in with all of these wild hopes are the other developments.  I have a dj'ing gig coming up soon in Costa Rica.  Between now and then we will drive to LA to watch the beginning of the end of the world, then I might drive to Yosemite to meet up with Selavy (if he's still talking to me), then I must get on a plane armed with a usb-drive and plan to wow people with my musical taste and mixing proficiency, using a familiar device in an unfamiliar way (mixing without using discs of any kind, just playing off of the memory stick, scrolling through tracks on a small screen all night, hoping that I recognize the ones that I like, the ones that make sense to play in a particular order).  The last item mentioned on this list will happen in the middle of the night, by the way.  When I say middle, I mean early morning, 2am-10am.  This is a time that I have only recently glimpsed, through the weary and tired eyes of fatherhood, stumbling downstairs to fall sleep in the other bedroom.

I will be expected to never act tired through all of this, of course.  Showing fatigue is an unacceptable admission of frailty in the nocturnal world of nightclubbing.

Perhaps being near the equator will help.  I will be moving through space faster, literally.

Once, many years ago, I was on the phone with an ex-girlfriend.  I was letting her know that I was thinking of ways of getting out of dj'ing, trying to find something else lucrative to do with my life that I might enjoy.  She is a clever girl, and never one to let an opportunity pass, she responded, "Yeah, you finally gettin' tired of being cool?"

That was close to 10 years ago now.

I suppose I have not completely tired of it yet.  Or, to be more accurate I should say tired of the trying.  How many must look at their artifacts of youth and say to themselves, "I bet I can still ride that thing."

Then, the humiliating trip to the emergency room, filled with questions from the wife, "What were you thinking?", "Have you been drinking?", "Where did you even find that? I thought we threw that out, or gave it away at the garage sale.", "What, did you think that you were still a teenager?", "How would you have felt if you would have killed the neighbor's cat?", "If that car wouldn't have swerved you might not even be going to the emergency room. You know that, right?", "My God, you're lucky the tire didn't pop before you got to the fence. You should have seen it.  How much weight have you gained since high school?", "What am I going to say to the Henderson's about their begonias?", "Did you see the look on Paul's face when we were putting you in the back of the PT Cruiser?", "What's that smell?  You didn't?  Oh God, No!  Please tell me you didn't, not in the PT Cruiser...."