Bunions in the Sky 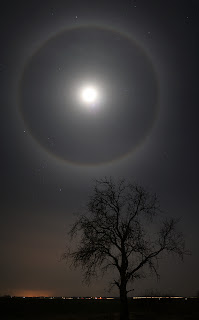 My days are becoming less and less eventful.  Perhaps I just don't have the same verve to tell stories any more.  I don't know.  I went in to drop my computer off yesterday.  At a different time there would have been any number of details that I might have expanded into a story.  Today, as I sit and write this, there are none.  I just want my computer back, fixed.  Hopefully today.  Tomorrow is the 4th, so if the repair lingers it will mean that I won't get the computer back until later in the week.  I feel naked and hungry without it.  I sit at my desk and stare at the spot where it was, sipping my morning tea.

Well, I was, then I came upstairs to the "other" computer to write this.

It's not depression that I'm slipping into but something like it.  Everywhere within me there is a listlessness, a boredom at my extremities.  I need an adventure but I don't feel like inventing one.  Perhaps when the boy wakes up I'll take him on a photo hike.  Anything.  I tell myself to move but I can not seem to make myself do so.  It is just a disembodied voice echoing through the empty canyons of my mind, "Remember to brush your teeth...", "Browsing the internet is not a career....",  "Don't listen to them, Cheetos are a type of food...", "Pornography is mostly fiction..." , "Change your underwear... after you've showered..." , "That shirt is old and should be thrown out...", "You're too fat to sit on that..." ,  "You probably shouldn't smell that..." , "What are traditional fetish objects...?"

Those are the screams that I daily endure echoing through the angled narrows of my imagination.  Indeed, what are bunions?  Sometimes I just want to scream answers back.

I'm half kidding.  Selavy claims that everybody is fucked up.  He's probably right, this observation could be easily supported, with nearly ubiquitous evidence.  But does everybody feel fucked up?  It doesn't seem so.  Some people seem well-adjusted, or at least it seems that they believe themselves to be well-adjusted.  Why couldn't I have been one of those assholes.  They're everywhere.  They walk around telling themselves that all of the hard work they do for company "X" is a form of virtue - what makes it a virtue is the wife and kid, or kids, they have at home - but also that they really believe in what they're doing, even proud of it.  They crave reasonably meager products that are just out of their price range, but they're always willing to work hard and save and sacrifice to get them.  Their cars always seem washed, even at the beach.  They appease the people they believe to be their superiors, to the collective chagrin of their assumed equals.  They prepare for mandatory company meetings and expect others to do so also.

Wait, I wasn't going to write about Apple.  I forgot.  I should at least wait until I get my computer back.  When I go in to pick it up I'll ask.  Maybe they'll know what bunions are.