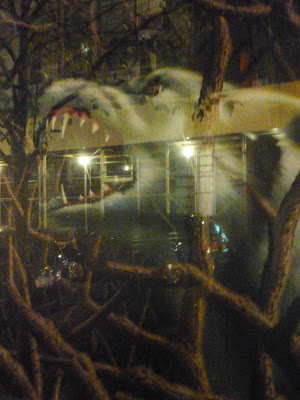 Recovery time. It's an interesting and recurring phrase. I seem to keep coming up against it in one way or another. The weekend is ostensibly a time to relax, a time to recover from the demands of a full-time job, the various stresses and strains of enjoying our many capital delights. But a weekend also allows some individuals to party, something they claim is their way of relaxing, oddly. It is something they've earned, so they say. It is a strange thing to justify in that way, I've always thought. But they become weekend-warriors and they start from the moment they get off work on Friday afternoon and they go all the way until sometime late Sunday, when they are forced to finally concede defeat to themselves, depending on their constitution and/or finances. All of this, of course, also requires its own recovery time, some say late Tuesday, some Wednesday, depending on many incalculable factors and adjusted temperaments.
We are all but victors and vanquishers of the self.
New York doesn't do much for me by way of relaxing or recovering. It's as if I've lived somewhere deep inside a 12 year bender, and the only thing that prepared me for it was the 15 year bender I was on in Florida. Manhattan is like snorting a continuous line of cheap cocaine, never knowing when it will stop, but always feeling like it is there to be snorted, and it is somehow a responsibility to do so. Anything less wouldn't be taking full advantage of all that this great city has to offer. I mean, where else can you snort continuous lines of cheaply cut speed that's manufactured, sold and advertised as very expensive cocaine.... Only on Broadway.
Don't get me wrong, the city is great and it has a lot to offer, but quite often it just feels like the forced overpaying that goes on here is done so shamelessly that they're actually trying to see just how far they can take it. Rachel and I went to see a movie the other day, a matinee, and after paying $13 each for ticket, and another sum for popcorn and water, we walked into a theater that had a screen that was only slightly larger than some of the tv's my friends have in their living rooms. This was a major Hollywood release. I'm too embarrassed to tell you which one. But it wasn't as if it was some small art-house thing where I would have expected it to be that way. It was the type movie you go to see for the big screen, overblown spectacle of it. The only spectacle was that we were participating in an experiment in cinematic micro-limits.
But that's what we do on the weekends to relax, throw our money at a miniature version of Hollywood and pretend we're getting a deal... because where else in the world, other than New York, can you go see Hollywood movies, right?
I never before noticed how closely the phrase "weekend warriors" phonetically resembles "weakened warriors." 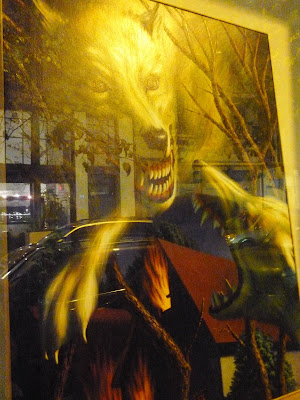