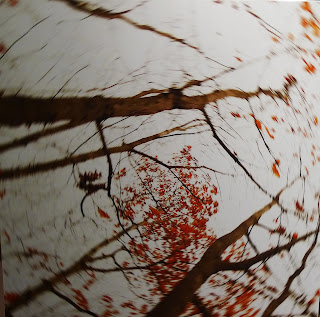 A friend of mine sent me an email questioning many parts of my previous post, "corruption fatigue."  I won't go through them all one by one, but I'll make a few basic clarifications.  I don't normally write about politics for this very reason, but I'll make an exception this time, because I love nothing more than arguing with him....

When I said that some people are titillated by the Wikileaks episode because they harbor a secret hatred for America I wasn't addressing the people who openly hate America. I was referring to people who act as if their excitement over the leaks is a form of patriotism itself. The many opinionated people who never bother to vote, or to address any other issue in America beyond gracing us with their trite and rehearsed opinions.  It is the people who are far too weak-minded to admit their hatred that I was addressing.  They have an almost "hipster" attitude towards politics in that they believe their ideas serve as a truly relevant and contemporary criticism of criticism, a criticism of preference, and a staunch defense of freedom/speech over actual freedom/thought, at any cost.  They have an attitude of un-shared piousness to their thinking, and speech, and manner of dress, etc... Polipsters.

There is no clear and single definition of what western culture and what America actually is/are.  To simplify for the purpose of this post I would say that in many ways America is both the logical and the illogical extension of western culture.  It embodies many of its ideals, but oftentimes to a fault.  The Enlightenment offered a better prescription for what America might be but it had no way of predicting or prescribing exactly how life in America should, could or would develop.  This has left many Europeans with a feeling of being cheated by the promise of America, though it wasn't until somewhat recently that people really began to feel this way.  Only 50 years ago Kennedy said something to the effect of, I can't imagine anyone in the world at this time not wanting to be an American.  There was no irony in what he was saying at the time and many people globally agreed.  All of that has changed.  An ever-increasing number of people both within and outside of America hate what this country is and what it stands for, and what it's doing.  Europe would like to distance themselves from America, but they can't step that far away, or detach themselves very far from the ideals that produced the problem.  What power acts nobly?

In this new age of internet media there will be no heroes beyond the isolated and anecdotal acts of individuals, any collection of power will be undermined.  I question what ultimate good this will bring, though this era is heartily ushered in by the type person I mentioned in paragraph two.  It is the democracy of thought, rendering all expression to be seemingly equal, appearing flatly on one person's computer screen just as it does on another's.  It is a flattening of discourse.

I never meant to suggest that if you love America then you should denounce these leaks as being unpatriotic, or anything else.  I just question the usefulness of the act, and the pretending on the part of the media that they are acting as journalists and editors with the highest integrity, and freedom itself at stake, by releasing or not releasing them. Most of the leaks are not very important at all, though the footage of American soldiers opening fire on journalists, then lying about it, was of clear and immense importance.  They are politically scandalous and shameful from what I've seen so far.  If they serve to improve the political situation in America then I will be the first to sing their praises.  But if they can go even further and get paragraph #2 to vote then I will be shocked and motivated....

That some people seem to automatically assume that the people involved in stealing and distributing this information should be protected by free speech is also a consideration that has yet to be determined.  Things don't look favorable for the people involved, and the law tends to work against those who break it, not with them.  My friend referred to "America, Inc.", well if that's the case, and he truly believes that, then he should support America being able to sue for damages. That would include lawsuits against any newspaper involved in disseminating stolen property.  I realize this is absurd and I'm just making a joke with it, but sometimes I feel that the world has shifted too far towards the rights of people, at any and all costs.  If we have the right to steal, then why not the right to kill?  It is merely a question of degree, but #2ster doesn't even seem to question this obvious extension in thought.

When I said a nation has the interests of many to consider I only meant that a nation is interested in maintaining its power as a nation.  Often the citizens of that nation benefit from that power, especially when it's economic power, even when that power is transferred to military power through taxes.  This is an unpleasant aspect of the world being divided into nation states.  When all is said and done I want my society to last, because I enjoy my society.  This doesn't mean I support war on any other nation, nor did it imply that I hate muslims because I'm an American.  Ultimately it would be nice if one were able to be proud of their country's power, but most of all if that power was derived from the force of its ideals, rather than its military or economic tactics.  America is in a dangerous idealogical place.

Lastly, that sites who previously hosted Wikileaks have booted them from their servers is no surprise.  No corporation has any obligation to perpetuate, and potentially become an accomplice in, what could be considered an illegal act.  Each news distribution conduit must decide that for themselves.  There is a risk and responsibility that accompanies freedom of press, some are not willing to take that risk (Amazon), others are (Guardian.co.uk), though each of these examples has done so differently.

I will do my best to avoid politics here in the future.  It was my intention to write a photo-blog. But as with most things, my mind wanders, and before I know it I'm screaming-mad-drunk, prepared to mace a cop, vote twice, in two different districts, steal a judge, pull off a court heist....  make a run for the sun, etc., etc....
Posted by Sean Q6 at 11:25 AM