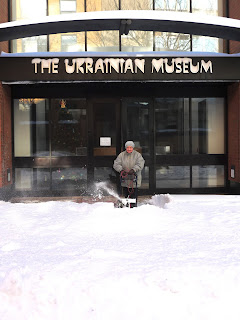 Well, the news is out. New York got hit with a massive blizzard.  Most people didn't have to go to work.  I did.  I walked there with my new snow boots on, a Christmas present from my wife.  They made me quite happy, thankful even, to have them, and have a wife who thinks of me so.

Enough about the blizzard... one or two of my friends seemed to take personal offense at me expressing thankfulness at Christmas not being its usual personal cluster-fuck disaster.  I'm sorry I disappointed a few of you this year.

Thankfulness, contentedness and even the secular use of the word "blessed" are not abbreviated or misrepresented versions of any other feeling, they are terms for the actual feelings themselves and can be expressed unpretentiously by unadorned usage.  They are not necessarily saccharine or false by being expressed simply, and they certainly shouldn't be an affront to anybody else's misery, or the conventionally assumed authenticity derived from such said emotional privation.

Expressing thankfulness or a sense of contentedness is not a retreat from character, nor does it reveal any deficiency or flaw.  They are both subtle forms of joy and can be expressed simply, without need for embellishment or restraint.  In this regard simplicity is neither negation nor false sentiment.  There is nothing Hallmark about actual satisfaction, only vulgar and selfish minds would claim otherwise.

There is no shame in sharing of yourself, even the artless or seasonal feelings of appreciation and affection.  Be wary of those who would tell you something else, among them there must be thieves and motiveless malignants.
I once read a quote by Picasso, though I haven't been able to verify that he actually said it, and it sounds somewhat out of character with what I've read of him elsewhere, but it was something to the effect of: To admire somebody, and not tell them, is keeping something that does not belong to you, it is a form of stealing.
Gratitude is a form of admiration.  I'm not sure what the opposite is, but I could make a guess.
So, to my friends who would wish me to say anything else, who would wish me to utter something more cynically endearing, or sarcastically humorous, to touch everything with the poison stick....

No thank-you, for now.


Joy to the world, smile while it lasts. 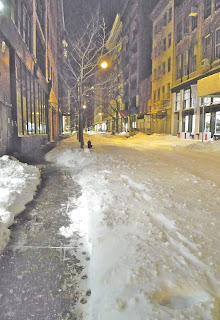